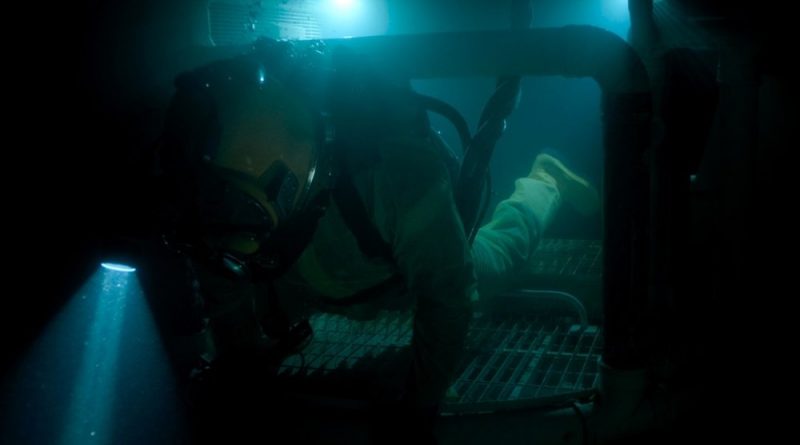 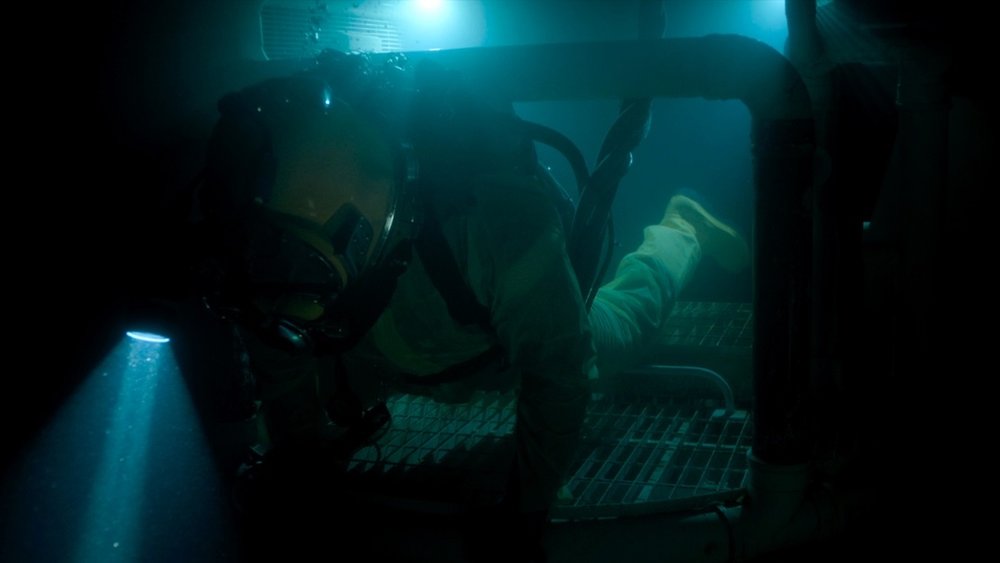 Partially re-constructed using the men involved, Last Breath is almost a thriller as it tells the true story of a group of deep-sea divers who faced a dramatic life or death situation while working in the North Sea. Those involved tell the story of diver Chris Lemons and his battle to survive under sea.

As his colleagues talk about what happened to Chris one night in September 2012 and we hear from his fiancée Morag Martin, we become very concerned about his end fate. The actual men involved tell how the umbilical cord, which supplies breathing gas, heat and communications cables, is torn from Chris. As this is the only means he has of communicating with the support ship he is in real trouble. But the support ship also has problems, including losing its anchorage, and its computer won’t work properly. The result is that Chris is left with only five minutes of the gas to breathe with. Turns out that any form of rescue is about 30 minutes away, so the future looks dire for Chris. His colleagues continue to search for him, fearing the worst.

As an audience member, I sat without moving as events unfold, many dramatised or shown on real footage taken on cameras mounted on the divers’ heads. We note how the men bond and the agony of the fiancée who waits on land. At times moving, and always exciting – go see!