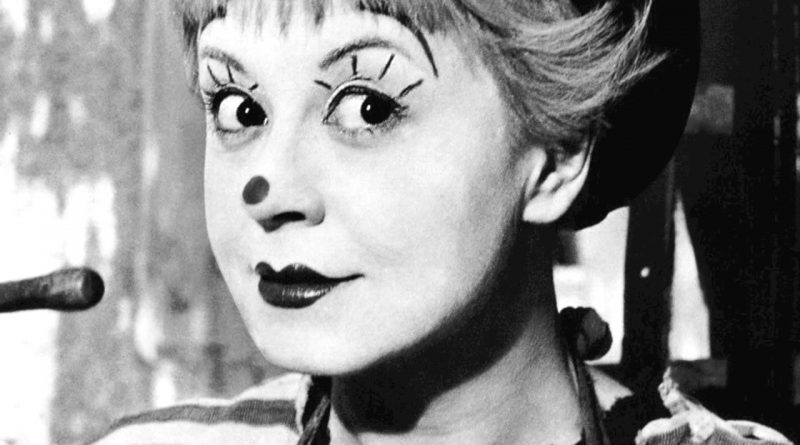 The great Italian director’s breakthrough film still packs a huge emotional wallop, primarily because of the beguilingly poor rural milieus Fellini conjures up and the restraint of the final tragic turn.

Gelsomina (Masina) is a naïve young woman sold by her desperate mother to boorish sideshow strongman Zampanò (Quinn). Zampanò bullies and abuses Gelsomina as they travel around Italy – she’s punch bag and sexual doormat rolled into one. No wonder she retreats into a mannered Chaplinesque clown persona.

She finds a kindred spirit in Zampanò’s rival the Fool (Basehart). But Zampanò is as jealous as he is brutish and the carnival atmosphere in the travelling circus they all join turns to tragedy.

This was the first film to win an Academy Award for Best Foreign Language Film and you can still see the appeal: the melodramatic elements play second fiddle to an appealing griminess; a spirit of anarchic outsider-ness blows through the whole film, despite the brutal relationship at its core; there are strong, mannered performances from all three of the leads.

I found Gelsomina and Zampano tiresome characters – and something exploitative in the representation of their relationship. But Masina is a great actor, a sort of anti-character actor. A character actor is the expression of a milieu; whereas Masina incarnates as Gelsomina an ironic difference from her milieu, before sinking back into it. On the other hand, Quinn’s bullish Zampanò is only finally brought to an epiphanic realization of his utter cunt-dom – and that is the character’s only saving grace. He is a character actor who finally realises he is trapped in his character rather than his environment.

The film is packed with wonderful set pieces that explore the zone where griminess becomes operatic and poetic. We are a world away from neo-realism here; the environments all look dirty, but transfigured by the magnitude of human hopes.

Nino Rota’s score is rightly famous – Masina even asked for Gelsomina’s plaintive theme to be played on the trumpet (the way she does it in the film) at her own funeral.

Even if you’re not a fan of Fellini’s more urbane, more carnivalesque films (as I am not), this ferocious film is well worth a watch. This is a new 2K restoration and looks pretty good.