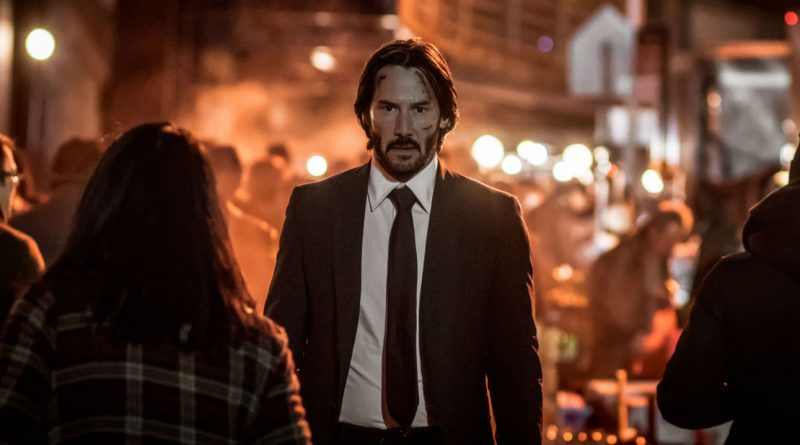 As the Pavlov of the film franchise gods rings his bell, the opportunity to ‘relight the Wick’ has been duly pounced on. It’s actually a welcome improvement to the sketchy original and offers the chance to serve up more of its treats and fewer of its slops.

In an attempt to escape his life as an assassin, Wick (Reeves) makes peace with the surviving members of the Russian family who messed with his mutt in chapter one. Of course, it doesn’t last, as Italian Santino D’Antonio (Scamarcio) reminds him of a blood oath, an unbreakable debt which draws him back in for one last task to earn his freedom… until the next film.

That’s the whole plot. It’s the Liam Neeson Taken model. A cultishly successful concept film seized upon and extended. They are both constrained by the simplicity of that original idea. John Wick has to kill lots of people in order to get out of his cycle of killing, by doing so he makes more enemies which drag him back in to more killing… and repeat. Where the ‘Takens’ didn’t bother, The John Wick franchise is working hard to build themselves a wider ‘universe’ to draw audiences back for more.

JW2 takes itself far less seriously than the original film. The opening sequence offers a number of decent chuckles at the events of the first. With John Wick it was often hard to tell if it was just a badly thought-out, mindless shoot-up, but the sequel definitely isn’t. It’s much more confident in its own identity.

The simple example of casting actual Italians in the roles of Wick’s Italian nemeses means that there is not that amateurish Russian stereotyping of the first. Added to this, the D’Antonio crime family representatives Santino (Riccardo Scamarcio) and Gianna (Claudia Regini) turn in highly supportive performances, taking some of the burden from Reeves in carrying the whole film. On a smaller scale, sparkly-eyed cameos from a street-tramping underlord Laurence Fishborne and more briefly by a quasi-Q Peter Serafinowicz make the world inside the film start to expand with different people for Reeves to bounce off. The man himself is back with a surprisingly charismatic performance on top of his impressive broody, action-man presence. There are still scenes and sections of repartee that drop the ball, but they are fewer and more forgivable. As part of learning more about the ‘Continental’ assassins’ guild, Winston (Ian McShane) has a more predominant role too. Such established character actors, given meatier characters, create an air of authentic depth to what is often otherwise quite a frothy film series. Bizarrely this runs counter to a whole series of characters that are given much ominous screen-time, only to be completely underused or proven irrelevant.

The elements of the film that make it stand out and intrigue also continue to frustrate, often more so the latter. The ubiquity of characters knowing ‘John’ or ‘Mr. Wick’ from the old days is a continual tease, the abundance of wealth, but absence of any money in the film and the chopping of locations in a way that makes no sense are a mixture of irritating and haplessly charming. Sometimes it’s like everyone is not trying – but just the right amount. The superficiality of the ‘back-story’ with his wife is as yet, still inexcusable.

Stunning views of New York and Rome predominate the beautiful settings to many of the best set-pieces. The D’Antonio party at a Roman ruin, complete with a network of catacombs for Wick to use, is a rich, meticulously designed spectacle. The 15-rating, downgraded by the company from an 18 through the admittance of a single scene, is a surprise because spoiler, lots of people die and there’s time to see each one go down. Even the famous pencil story, so stupid in the first film, is vindicated. He bleed.

Chapter 2 is a big improvement all-round. It feels like it has more thought behind it and the extra budget definitely shows in locations, stunts and some hefty pay cheques. Reeves rises to the occasion in a role he clearly enjoys and believes in more and more. There are still scenes that break the momentum and cause a sigh of despair which leave you wondering whether it’s more hapless than charming. It delivers though. 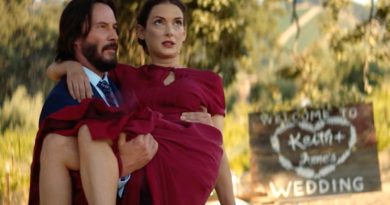 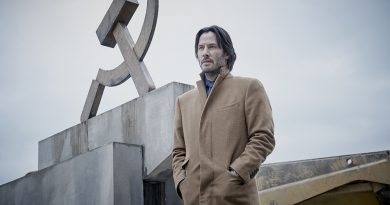