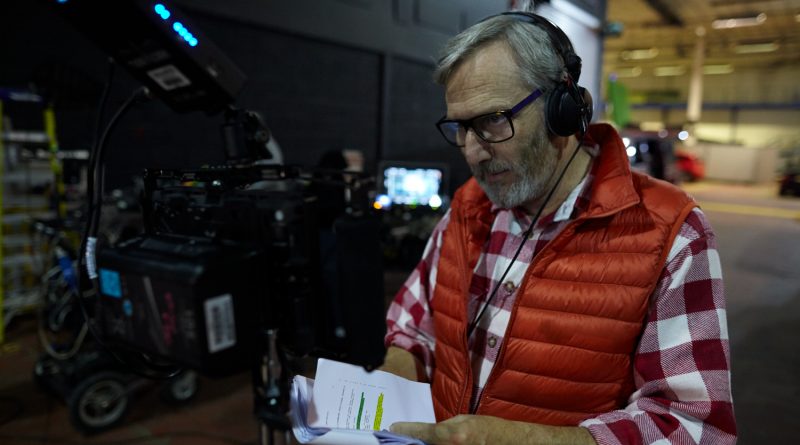 The new Fund, which was announced in October, supports independent production companies based outside of London to grow by providing financial assistance for slate development underpinned by commissioner commitment from the broadcaster. Headed up by award-winning Director-Producer team Bruce Goodison and Kate Cook, Indefinite Films is one of eleven companies based in the nations and regions that will now benefit from funding, mentoring and advice from Channel 4’s commercial affairs, programming and legal teams.

Channel 4’s Head of Drama Caroline Hollick says: “We were really impressed by Indefinite’s bold approach to finding ambitious ideas for drama. This feels like a good time to support the company as they focus on developing some really original ideas that have heaps of potential for Channel 4. They’ve also been very proactive in creating a network for talent in the South West, something that is in line with Channel 4’s ambition to see more from the nations and regions in out content. We look forward to working with them on their drama developments and also in finding talent.”

Bruce Goodison says: “It’s a real boost for Indefinite Films to be named as one of Channel 4’s Emerging Indies Fund recipients. Kate and I are naturally drawn to tackling challenging subject matter where our central characters face choices that are authentic, but handled in a way that’s really eye catching and different. We won’t shy away from morally challenging stories from diverse communities. We want to take creative risks with new voices to find the most engaging way to tell true stories. So what a treat to work with some of the brightest heads in TV at Channel 4 who are renowned for championing unheard voices and taking risks.”

Kate Cook says: “Bruce and I have worked together for 20 years and we share an ambition to uncover unique stories that have a cultural and social significance – our feature film Leave to Remain was proof of how to work differently and tell the prescient story of child immigration by blending fact and fiction, working with established actors and those who we trained as part of the casting process. Having shot our last two projects in Bristol together, Channel 4’s The Cure & Murder in the Car Park, we’re excited to have their backing to take Indefinite Films to the next level with a view to producing more narrative content out of Bristol. There is a strong creative talent pool in the city that is growing all the time, so we’ll be looking to collaborate with that regional talent, as well as looking further afield and overseas. We look forward to taking our slate forward with the support of Channel 4’s Drama department.”

Indefinite Films focuses on creating thought-provoking stories for film, television and streamers which take extraordinary stories from the real world and seeks to make them compelling for their chosen audience. The company’s first title was the 2014’s powerful and provocative coming-of-age feature Leave to Remain starring Toby Jones, about the lives of a group of refugee teenagers seeking asylum in the UK. Marking the debut feature film for theatrical release for both Goodison and Cook, Leave to Remain premiered at the 2013 BFI London Film Festival and went on to receive widespread acclaim and seven international awards, with Goodison described as displaying “a sure, Shane Meadows-like touch with his lively unknown leads” (The Guardian).

Goodison and Cook went on to partner on Channel 4’s critically acclaimed 2019 drama The Cure starring Siân Brooke and Sue Johnston, the inspirational true story of Julie Bailey, an ordinary woman from Stafford who blew the whistle on one of the worst scandals in the history of the NHS. More recently they partnered on Channel 4’s three-part docudrama Murder in the Carpark (2020) which, four years in the making, examined the axe murder of Private Investigator Daniel Morgan in 1987, the most investigated unsolved murder in the history of the Metropolitan Police.

One of the UK’s leading drama and documentary directors, Bruce Goodison’s prolific career has seen him deliver a host of award-winning titles. Most recently he has directed Anne, ITV’s upcoming Hillsborough drama starring Maxine Peake. His powerful BBC One series Born to Kill (2017) about a teenage psychopath saw actor Jack Rowan named the youngest ever Best Male lead by BAFTA Cymru, and his BBC One drama Murdered by my Father (2016) saw Adeel Aktar awarded the first ever BAFTA for Best Leading Male awarded to a non-white actor, whilst also picking up the RTS Award for Best Single Drama. He directed the first season of BBC One’s BAFTA and National Television award-winning hit Doctor Foster (2015) starring Suranne Jones, and directed one of the most talked about dinner party scenes in TV history. His BAFTA-winning documentary Our World War (2014) told the story of the Afghan conflict from the perspective of the British soldier, and the BAFTA-winning My Murder (2012) starred a young John Boyega as a London teenager striving to turn his life around. Other credits include Grierson award-winning Ten Days to War (2008) starring Kenneth Branagh and Juliet Stevenson, about the invasion of Iraq, and his Emmy-nominated 2005 9/11 film, Flight 93: The Flight that Fought Back.

Bristol-based producer Kate Cook has delivered a wide range of documentaries and feature length dramas for television. Her other credits include The Interrogation of Tony Martin (2018) starring Steve Pemberton and Daniel Mays, which won three RTS West of England Awards, Channel 4 drama Unspeakable (2017) starring Indira Varma and Luke Treadaway and Channel 4 thriller The Watchman (2016) starring Stephen Graham. Kate produced the 2014 BBC Three musical drama Glasgow Girls which won the BAFTA Scotland Award for Best Drama. Kate is cofounder of Bristol Screen Producers, an alliance of producers and executive producers founded in 2019 that aims to seek out new and emerging talent and strengthen Bristol’s ability to land commissions and encourage production.