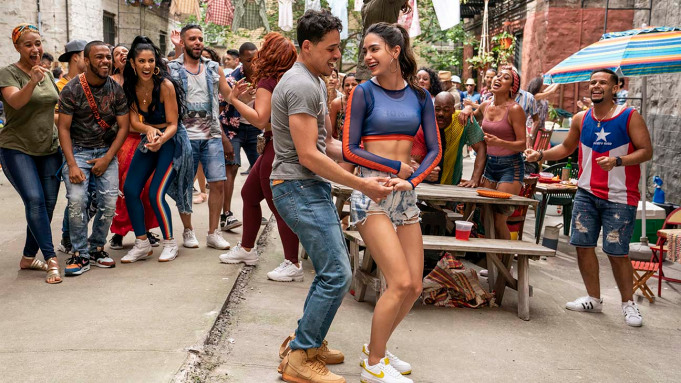 Who doesn’t like a musical? There are songs you can’t help but want to sing along with, tap your feet to and feel the rhythm of – especially if you didn’t realise it was originally a Broadway Musical (which I didn’t until the end)!

In the Heights plays things a little different to other musicals. This new take on the Broadway musical sees a New York bodega owner sing his way through the struggles and triumphs of his life. It leaves a viewer thinking, have I just seen a movie or a theatre production as it leaves a specific feeling behind, much like goosebumps you experience watching an on-stage performance.

The setting is Washington Heights and this is where the scenes play out between a very tight-knit community. Much of the story is a retelling of what happened back in the day by bodega owner Usnavi (Ramos). This young man puts in a hard day’s labour at his shop and saves every cent with the dream of one day having the opportunity to return to a home that he has missed. Between this dream of returning to his native Dominican Republic to restore his family’s beach bar, caring for the elderly Cuban lady next door (a matriarch of the community) and hiding his feelings for the local girl who works in the community Beauty Salon, Usnavi has some stories to sing about from start to finish. There is also the intertwining story of Usnavi’s childhood friend Benny (Hawkins) and Nina (Grace), a college student who has returned home with some news and the overall struggles that this community as a whole are facing; changing of hands over the powerful businesses of the area.

“In the Heights” is kept simple and the characters are likeable, honest, realistic and each is able to bring their own personal take on the characters they are portraying. Each has their own story and daily live to share through song…and not your typical pop number. There are no flashy lights, popular recognisable songs or tracks that have such an impact you can just imagine a hit single coming along as a result. Instead, the music comes from the heart and is kept consistent with the community’s heritage as the characters sing to express feelings, emotions and heartache. The upbeat music intertwines within the story well as it supports the powerful narrative that is unfolding between characters as they share with the audience their passion for their community and their businesses, a place they call home and sing and dream about a better life; one without a blackout and heatwave!

Overall, although long at over two hours, In the Heights is a very good watch for all the family. It has a bundle of energy, songs to grasp your attention and a narrative that may surprise at the end.

In the Heights arrived to rent at home on 12th August 2021 and will be available on Digital Download, 4K UHD, Blu-Ray and DVD on 27th September 2021. 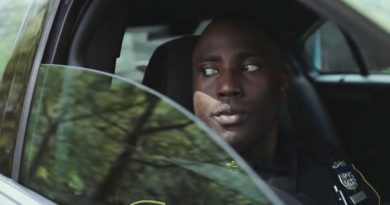