This film nails both the surreal comedy and poignant tragedy of its situation from the very opening words of dialogue, where Daniel Blake (Johns), a 59 year old Geordie joiner, recovering from a heart attack, is being subjected to  a ridiculous verbal benefits test as to whether or not he is fit for work.  “Are you medically qualified?”, he asks his interrogator.  “I am a healthcare professional”, comes the flat, uninformative reply.

The test traps Daniel on a bizarre, nightmarish circle.  Even though he is forbidden by his doctors to return to work, the system judges him fit to do so and therefore ineligible for benefit.  All he can apply for is jobseeker’s allowance, which requires him to jump through impossible hoops – condescending CV workshops, signing on regularly and subject to loss of benefit if he doesn’t comply with the requirements of the system, even though if he is offered a job he can’t take it because of his health.  All this must be done “online” to prove his is following the regulations.   He doesn’t understand computers?   “There is a help line”, says his interrogator.  “You can get the number from our website”.

Daniel is one of many caught up in this bureaucratic nightmare. They include young mother Katie (Squires), who has been forcibly relocated with her children to Newcastle after being evicted from her London flat.  When defending her, Daniel is thrown out with her from the benefits office and the two become friends.

This is a moving, human story of two people who find themselves on the scrap heap of the box ticking, uncaring society that is contemporary Britain, told in a direct and powerful way.  It is often ironically funny about the lunacies of the system but the human consequences of that in terms of Daniel and Katie’s lives also move us to anger and tears, as we see adults humiliated and punished like naughty children and we share their frustration and indeed tragedy.   One example is a very moving scene where Daniel takes Katy and her children to the food bank.  So hungry is she, that she opens a tin of beans there and then and starts eating with her fingers, then realises what she is doing and breaks down.

There are first class performances from Dave Johns and Hayley Squires and the rest of the cast, including those actors playing the callous “villains” in the benefits office, who are also in a way victims of the system.  Loach and his screenwriter Paul Laverty together paint a passionate and convincing picture of what is a painfully real world and the film packs the same emotional punch that he put into “Cathy Come Home” all those years ago. The detail of how society demonstrates its indifference to its unfortunates has changed but the indifference itself remains. 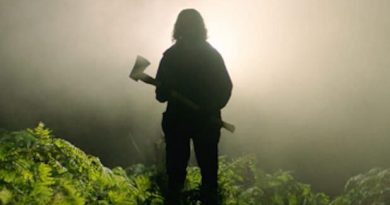 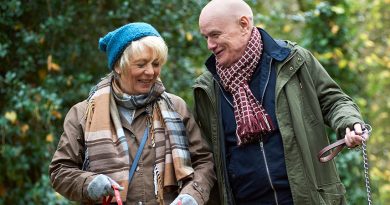