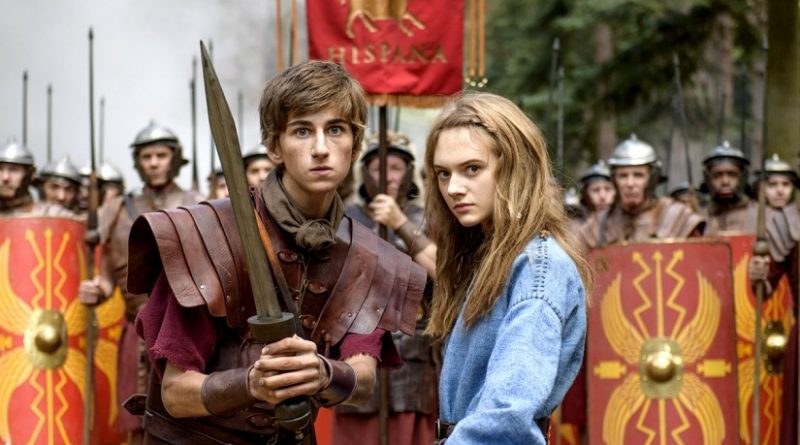 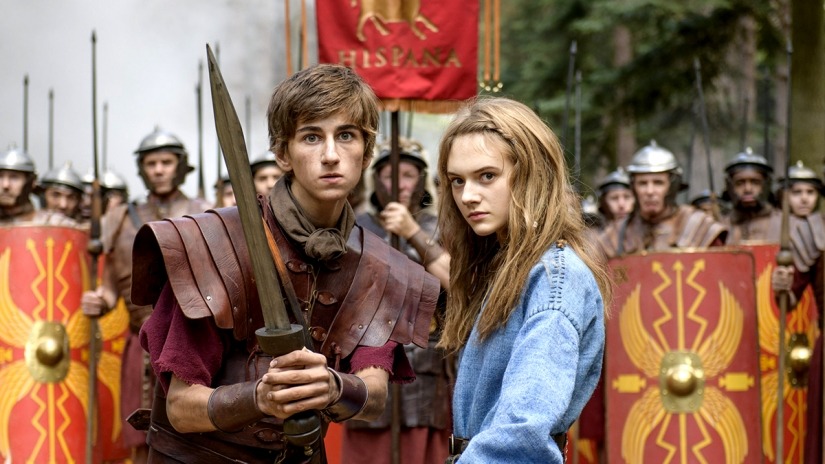 Horrible Histories: The Movie is based on Scholastic’s best-selling and award-winning children’s historical comedy book series by Terry Deary and illustrated by Martin Brown.

In this instance, the story revolves around a young Roman teenager called Atti (Croft) who has the brains but no brawn. In a city known for its Gladiators, this is not a personality trait you want to boast about. When Atti tries to be more like the son of a family friend, he gets himself in trouble with Emperor Nero (Roberts) and is sent to Britain to join the army.  Things do not go well for Atti when he is captured by Celt teenager Orla (Jones), a young girl who wants to prove herself, much to the refusal of her father (Frost), more than capable of being a warrior and wanting to join the British rebellion led by Boudicca (Nash).

This screen play features an all-star cast, most notably Nick Frost as Orla’s father Arghus. Sebastian Croft as Roman teenager Atti is a little scrawny and is picked on for this and for his knowledgeable intellect. However, where Roman’s see this as a failing point in their Kingdom of Gladiators, in Britain, a land where the Celt cannot read or write, this is seen as gift, particularly by his rival Orla (Jones) who is able to use his brains and her confidence in battle to get them through many a sticky situation. Emperor Nero (Roberts) is a selfish, immature leader who cannot think for himself. He plots alongside his mother (Cattrall) Agrippina, a smart yet manipulative woman to rule Rome, yet her underlying scheme is to have her best interests at the centre. Rounding off this incredibly talented cast is Kate Nash as Boudicca, a fiery female full of determination, ambition and has the personality to bring the clans together.

Alongside the talented acting and engaging storyline, the movie is full of laughter and song, about the antics that are going on within the script. The topics of the lyrics are enough to make you chuckle. The actors do not necessarily have to be good at singing, but it is the way in which they act out the words they are singing and the emotions they are feeling that bring the humour out even more.

HORRIBLE HISTORIES: THE MOVIE – ROTTEN ROMANS comes to Digital Download 18th November and will be available on Blu-ray and DVD 25th November and will certainly become a family favourite. Extra’s on the DVD and Blu-Ray include The Roman Song, Stunts and also a behind the scenes featurette to find out a little more about the filming; which is VERY interesting.