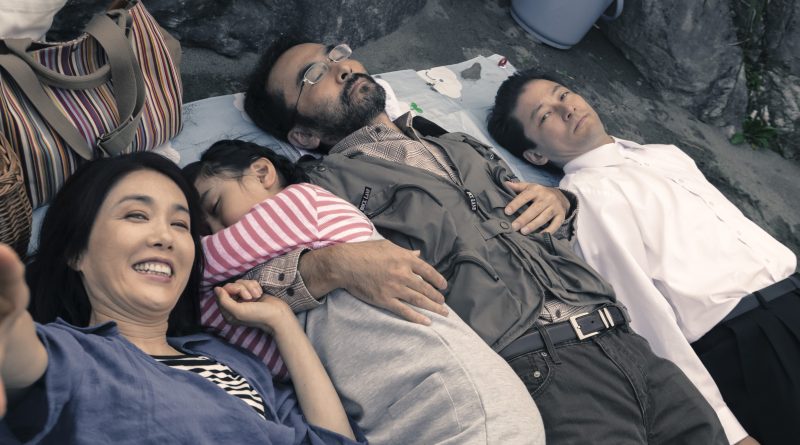 Toshio (Furutachi) runs a small machinist business from the garage of his house. He invites an old acquaintance, Yasaka (Asano), who has just been released from prison, to come and live with his family. BothToshio’s wife Akie (Tsutsui) and their young daughter, Hotaru are initially wary of the newcomer, especially as they pick up on something unspoken between the two men.

With his persistent charm and goodwill, Yasaka eventually befriends Akié and wins over Hotaru when he starts to teach her to play the harmonium. All appears to be going well, except for those shots of Yasaka on his own, dead-eyed and introverted …

Writer-director Kôji Fukada shows himself to be a master of incremental development here, so that you are teased into re-thinking what you think is about to happen, several times. The sense of threat never sends the film totally over into thriller genre, partly because the ‘woman and child in danger’ thread is held in check by the ‘what’s going on between the two men?’ thread.

Most dramatically, the expected threat climax comes halfway through the film, so that you wonder what the second half of the film holds. The film turns into an exploration of grief and revenge that’s very different from the first half – but much more emotionally powerful.

In some ways, Yasaka is like Terence Stamp’s character in Theorem, a not-quite human bringer of change and destruction that forces husband and wife to destroy their relationship and then hopefully build another one.

Harmonium is neither happy nor frenetic but it is pervaded with a quiet tension that is gripping.