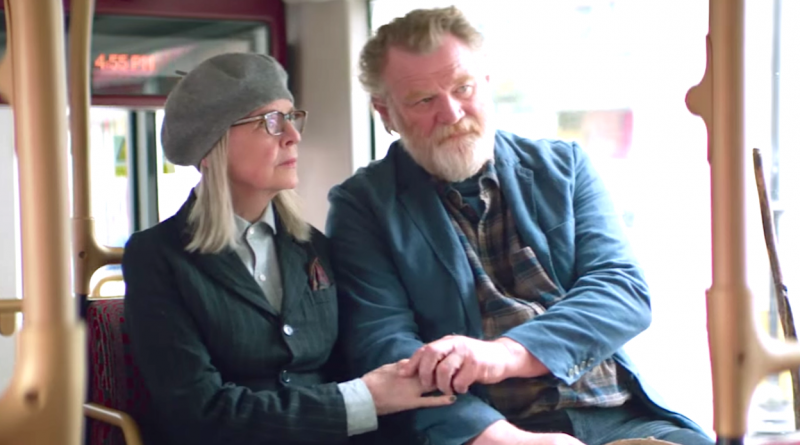 I suspect from his films that Joel Hopkins must be a rather pleasant and sunny guy, because all his films, with the possible exception of “The Love Punch”, send you out of the cinema feeling that the world and its people aren’t really that bad after all.

“Hampstead”, we are told, is inspired by and fictionalized from the real life story of Harry ‘The Hermit’ Hallowes, an Irishman who lived rough on Hampstead Heath for years and successfully challenged property developers by claiming squatters’ rights to continue living in his little shack on his small patch of land.  So shades of “Lady in the Van” you might think.  Renamed Donald in the film and played by Brendan Gleason he is I suspect a somewhat sanitized version of the real life Donald. Although a touch grumpy, he does take regular baths in the nearby pond, has a very neat, all organic vegetable garden and the contents of his shack include home comforts like glasses and cutlery.  He is befriended by recently widowed American Emily (Diane Keaton) and once she’s checked him out for cleanliness, she supports him in his fight against those who would evict him in favour of a luxury apartment development.  In the course of that a late life romance develops between them.   Emily does though have problems of her own – her philandering late husband has left her broke and she is in danger of losing her own somewhat luxurious apartment overlooking the heath.

Hampstead itself looks really pretty and more like sunlit Tuscany –there is only one downpour in the whole story – and although the main female character is supposedly hard up, those smart casual outfits Keaton wears in the film do not come cheap.

It would be easy to be very cruel about this romantically idealized little tale, which is so much at odds with more fashionably tough and gritty film making.  But it is a likeable and amusing little piece with some gentle laughs and a good heart and Keaton and Gleason, who play their roles with charm and sense of fun, manage to make the story sort of convincing on its own terms.

The idyllic nature of the tale is given some spice by the always great Lesley Manville as Emily’s bossy neighbor and leader of a local cohort of posh and self-interested ladies with plenty of time on their hands to cause trouble.  There’s a cute cameo from Will Smith as a young “green” campaigner, who supports Donald’s fight to keep his home and an amusing turn from Simon Callow as the judge in the case.   And while the ecology message is somewhat gentle and unemphatic, it does give the story a bit of contemporary relevance

All in all, this is a pleasant and light weight little fairy tale, which should appeal primarily to older film goers, assuring them as it does that later life is still good, where romance is still a possibility and the good guys win in the end.  Well, sometimes. 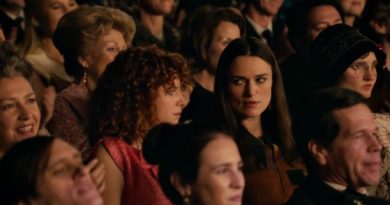