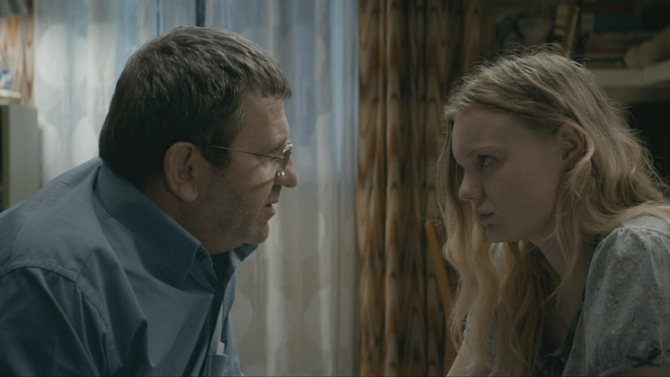 Writer-director Cristian Mungiu shared the Best Director Award at Cannes 2016 for this quietly compelling family drama about trying to do the best for your children and living with lies.

Romeo (Adrian Titieni) is a surgeon who has worked hard to make a better life for his daughter Eliza (Maria-Victoria Dragus), at the expense of his relationship with her mother Magda (Lia Bugnar).

Eliza is headed for a scholarship at Cambridge UK if she can pass her exams. But the day before her first exam she is assaulted; and Romeo feels he must help vouchsafe her future by calling in a few favours.

This is all the better for being much less melodramatic than Mungiu’s 2012 Beyond the Hills. It may also lack the emotional force of his breakthrough, 2007’s Four Months, Three Weeks and Two Days – but then that film was always going to be a hard act to follow, as it makes Henry Portrait of A Serial Killer look like the perfect first-date movie.

Instead, Graduation feels very credible and real. The feelgood factor may kick in at the very last moment, but Graduation is a low-key affair, a bit like most people’s lives, perhaps. The writing and acting are very good, with even smaller parts coming across as psychologically developed and credible. The ill-suited pairing of Romeo and Magda comes across wonderfully in a couple of key scenes; Romeo is a bit of a bull in a china shop when it comes to sensitive, borderline depressive Magda. He is more able to connect with the optimism incarnated in Eliza.

Despite touches of Haneke’s Hidden (moments of sudden trauma, who is throwing stones?) this is a film that presents the lives of its characters in terms of daily rituals, building the prosaic behaviours up to show lives quietly arriving at crisis point. That’s it’s perfect strength.

Graduation would make a grand double bill with fellow Romanian Cãlin Peter Netzer’s 2013 movie, Child’s Pose. Both films are about contemporary senses of entitlement that lead to fraud and social corruption. In the earlier film it’s hard not to rage against Luminita Gheorghiu’s horrible mother; but here it is hard not to think that Adrian Titieni’s Romeo is right to use his connections to counter bureaucratic BS and influence his daughter’s future.