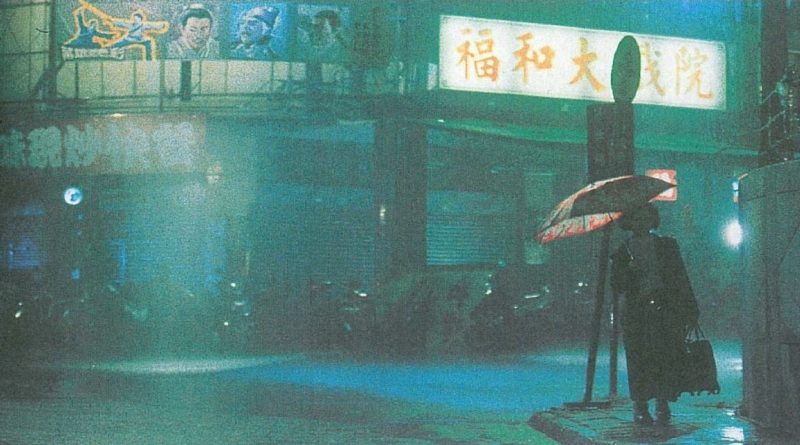 This beautiful piece of elegiac slow cinema – now in a lush 4K restoration – is a love letter to going to the cinema. Remember that?

Goodbye, Dragon Inn is a wonderful mood piece and I think that every film fan of a melancholy disposition will love it.

A massive old cinema is closing down. On the last night, as torrential rain falls on Taipei, King Hu’s wuxia classic Dragon Inn is playing in an almost empty auditorium.

The film is a series of fixed shots in real time, of more or less real spaces inside a cinema. There’s an extended sequence in a storeroom that looks more symbolic than real in its size and atmosphere, but everything else fits that bill.

The female ticket seller walks around, looking for the projectionist. Several customers appear and disappear, a woman eats nuts noisily, a young Japanese tourist is conflicted by his desires in the dark.

Some of these people may well be ghosts. Two of them (Miao Tien, Shih Chun) are actors from the 1967 film. Shih Chun’s eyes fill with tears as he watches his own onscreen antics from almost 40 years before.

The film’s sad beauty takes on new resonance given the current plight of cinemas across the world.

I urge you to watch this and luxuriate in the feelings that only a dilapidated, near-empty cinema can draw from you.