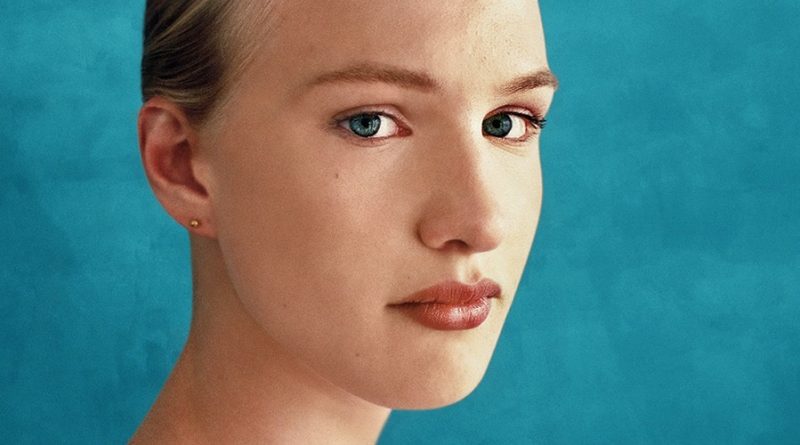 This is the story of Lara, a 15 year old transgender girl, who has been born into a boy’s body and who wants to be a ballerina.   A difficult enough dream to attain at the best of times but particularly difficult in a profession, which has evolved specifically for the female born body.

Lara is played by Victor Polster, who is first and foremost a dancer, a student at the Royal Ballet School Antwerp.  This is his first acting role, for which he won the best performance award at last year’s Cannes Film Festival.   One of the most remarkable things about his performance is that, even though at times we see Lara’s naked, prepubescent boy’s body, from her face and her whole persona we totally accept and never doubt for a moment that she is a girl.

When we first meet her, Lara is taking drugs to delay the onset of puberty and looking forward passionately to the hormone treatment and eventual surgery, which will give her the actual body of a girl.  She has also just been accepted for training by a leading ballet school.  Her story plays out in Flemish and French speaking Flanders – Ghent and Brussels and with much of it filmed in the ballet school in Antwerp where Polster himself is training.

This is not a story about a transgender person struggling in society for acceptance   Lara’s surrounding environment is unusually supportive.  Her father Mathias (Arieh Worthalter) is with her every step of the way (we never find out what happened to her mother), while her affectionate younger brother Milo (Oliver Bodart) appears to have few worries about the fact that his former brother Victor is now to all intents and purposes his sister.  Her psychiatrist is nothing but encouraging – “I see a beautiful girl”, he tells Lara – and the medics, who will do the surgery are specific but sympathetic, as they explain the surgical procedures Lara will undergo.

Even the ballet school, where she is unusually tall among the other nascent ballerinas, have no problem with her sexuality, although at one point her fellow ballerinas tease her with their curiosity to see her still male genitals.

The ballet training itself though is the real bugbear.  This school is her first experience of pointe work, which can cause painful problems for female dancers anyway but from what we see here is playing havoc with Lara’s still male feet.  And although she manages much of the floor work with grace, she looks awkward in the lifts with a male partner.

Eventually the demands of her training start to take their toll on her health, which is making the imminent surgery problematic.  If she is to have that surgery, it looks increasingly likely that she is going to have to abandon her dream of becoming a ballerina.

The way Lara chooses to deal with this situation is the film’s only fault. It is too extreme a reaction to be believable in the context of the supportive environment that has been created for the character.

Not only in this resolution but throughout director Lukas Dhont’s film is both sympathetic but also very frank and biologically graphic in the treatment of its subject.  It may at times be perhaps too much so for some audiences.  But it is also beautifully made, engaging and totally unjudgemental with a superb and totally convincing performance from Victor Polster.