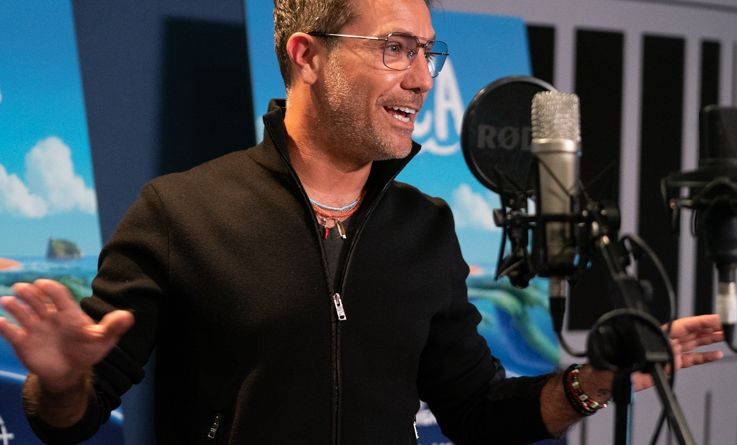 Disney and Pixar have announced beloved Italian chef and presenter Gino D’Acampo will delight local audiences this summer as the voice of Eugenio the priest in the UK version of Luca, coming to Disney+ exclusively on June 18th.

Speaking of his role in the film, Gino D’Acampo says: ‘It’s a wonderful feeling to join the world of Disney and Pixar, especially in a film that feels so close to my heart and reminds me of my summers in Italy. I can’t wait for audiences to enjoy the film on Disney+, and I’m honoured to bring my character Eugenio to life in the UK.’

Director of Disney and Pixar’s Luca Enrico Casarosa says: “It’s wonderful to be able to add local voices in cameo roles in our films—and Gino had a lot of fun doing it. I think UK audiences will be thrilled to hear a familiar voice in the role and we can’t wait to share ‘Luca’ with them this month.”

Set in a beautiful seaside town on the Italian Riviera, Disney and Pixar’s original feature film “Luca” is a coming-of-age story about one young boy experiencing an unforgettable summer filled with gelato, pasta and endless scooter rides. Luca (voice of Jacob Tremblay) shares these adventures with his newfound best friend, Alberto (voice of Jack Dylan Grazer), but all the fun is threatened by a deeply-held secret: they are sea monsters from another world just below the water’s surface. Directed by Academy Award® nominee Enrico Casarosa (“La Luna”) and produced by Andrea Warren (“Lava,” “Cars 3”), “Luca” debuts exclusively on Disney+ on June 18, 2021.