Get Hard is Will Ferrell’s latest showcase of his ‘lovable buffoon’ catch-all persona which appears to have spanned several different careers over the course of his own – from newsman to racecar driver to cop and seemingly everything in between. Now evidently, it’s ‘entitled, spoilt, hedge fund manager’.

Ferrell gets the most mileage he can out of the upper-crust, sheltered, unintentionally racist persona of his James King – a successful businessman convicted of over a hundred counts of fraud. Which, unfortunately, isn’t that much mileage.

King turns to Kevin Hart’s aspiring entrepreneur Darnell, the man who maintains and washes his car in the parking garage of his offices, and asks him how to survive in prison following his assumption that due to Darnell’s skin colour and “low economic status”, must have been incarcerated at some point in his life.

After getting over his initial, justified feeling of grave offence, Darnell agrees to help for the sum of $30,000 – enough to move his family into a nice neighbourhood where his daughter doesn’t have to go to school in a battleground for gangs and drug dealers. He goes along with James’ assumption and turns his home into a prison training ground, complete with tennis court turned prison yard and wine cellar converted to prison cell (toilet in the corner and everything). This is all done with the assistance of James’ hired help, who are all too eager to turn the tables on their ignorant, pompous boss.

Ferrell’s James is a memorable, likeable doofus, if lacking in any specific memorable quotes; something Ferrell hasn’t suffered from massively in the past. Hart is given a great showcase for his talents here and really goes all out; where Ferrell almost feels on autopilot, playing it safe with his general blind arrogance and stupidity native to his characters, Hart applies himself 100% and helps keep the proceedings humming along. The pace actually lags in the beginning – merely as one of those situations when we know what the main comedic plot is that’s going to produce all of the jokes, and we can’t get to it fast enough. But, any film without a set-up is no film at all, so we have to trudge through a slightly boring first act. We’re also gifted with a Craig T. Nelson who’s kind of phoning it in as Ferrell’s father-in-law-to-be, and a great Alison Brie playing hot, shallow and seductive as his fiancée; anytime she pops up the film gets another shot in the arm.

Much of the film’s comedy is derived from the culture clash between James and Darnell, exacerbated when Darnell turns to his cousin Russell (played ably by T.I.), leader of the South Central gang, The Crenshaw Kings. Whilst involving some good gags involving James teaching these self-labelled ‘businessmen’ how to offload a couple of bricks of cocaine into a hedgefund and maximise their profits, these scenes are let down by the too-obvious jokes of having two big thugs in the gang lambast each other for not understanding various tenets of the US financial system, threatening each other with violence and so on and so forth. It’s too easy of a juxtaposition which feels overly-familiar. Arguably the entire film feels this way – a kind of reverse rehash of a buddy comedy model like Trading Places with race jokes out the proverbial wazzoo and a feel-good, lesson-learned ending.

That said, anyone taking offence to Get Hard’s perceived racism and homophobia is missing the point (that is explicitly stated within the film); that people do make judgments on each other based on race, creed, culture and occupation. It owns up to that fact quite bravely, and the humour is derived from that – it doesn’t come from a malicious place. Some of its jokes are going to be racist and homophobic, but its poking fun at the ridiculousness of racism and homophobia. Every protagonist’s first impressions in this film are subverted by the end; case in point, when, with as little spoilers as possible, Hart saves Ferrell from a gang of white supremacists – he exits with the line, “A black guy just came in here to save a white guy from a bunch of white guys. Just think about that” [sic]. A gay character who comes onto Hart earlier on in the film becomes his friend later on, and so on and so forth.

As much as Get Hard takes the piss out of being regressive, it does attempt to mitigate this by being progressive in its denouement; something that deserves to be stated. 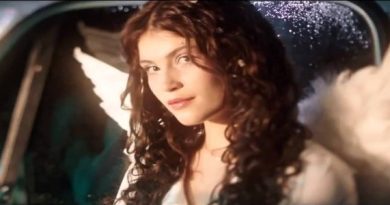 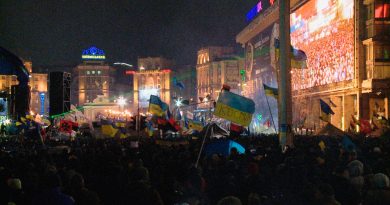