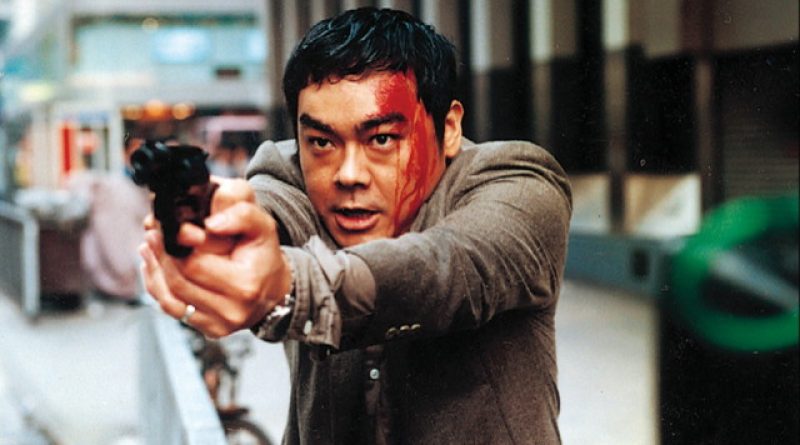 Pao (Lau) is a hard-working detective with an adoring wife and a toddler. Investigating water poisoning in a tenement block, Pao and his team discover the corpse of an architect in the water tank.

The architect owed money to a loan shark. The subsequent murder of one of the loan shark’s known associates leans to the arrest of career criminal Mak Kwan (Ng).

Mak Kwan’s gang wants him out of prison to help perpetrate an audacious heist on Hong Kong’s Jockey Club after the biggest race of the decade – a race that marks the handover of Hong Kong to China.

Pao knows something big is going down, but he doesn’t know what. He faces up to Mak Kwan in prison and the two men vow to cross swords if they ever meet on the streets.

I’m a big fan of HK cops and robbers films: Ringo Lam, John Woo, Johnnie To, Benny Chan’s recent Raging Fire. It has stayed a popular genre since the mid-1980s. Of course, the films are every generic, but the variations and details always interest. The action sequences often inspire and there’s usually some great location shooting.

Full Alert is classic (or generic – take your pick) in this sense. Lam’s signature grit is evident in interrogation room scenes as well as in car chases through HK streets. The underwater sequence is strong and pretty unique – and again, it looks realistic.

Lam is less effective with the heroic stuff: his approach makes it more difficult to stage scenes like the final showdown with the operatic flair of John Woo, but he goes for it anyway.

It may be that it is precisely Lam’s film’s ‘grit’ that makes it looks a bit dated, in that realistic film environments are by definition going to show their age. There’s a formal correlation: grit can often entail a rough and ready approach to shooting, to keep it punk and real. And digital restorations are going to highlight that rough and ready element.

Perhaps, with grit comes grain. On my screen at any rate, in lower light, there is a lot of digital grain to the images. Is this because of the 2K rather 4K restoration? The trailer looks fine.

Full Alert is out on Blu-ray from Eureka! on 22 November