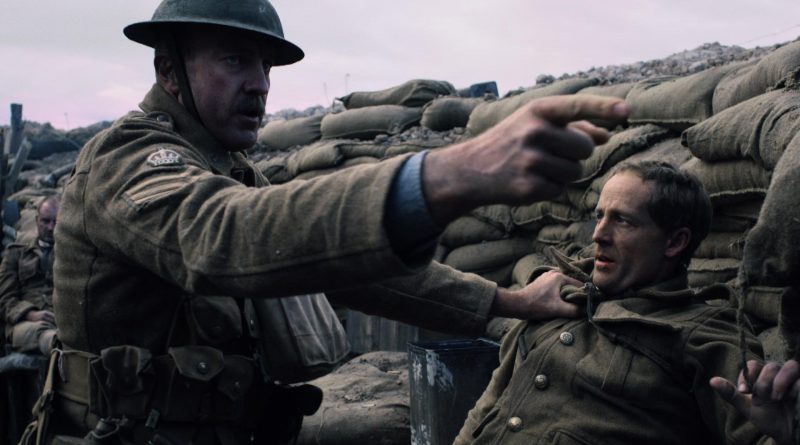 In the same vein as Peter Weir’s Gallipoli (1981) the film serves as an indictment of war and is political in its nature. Whereas the arrogant and vacuously minded British command were the subject of derision in Weir’s film, here it is the New Zealand government for their perceived callousness. At the height of the war in 1916 the New Zealand government covertly sends 14 of the loudest and most outspoken critics of the war to the western front against their will. The government’s aims are ambiguous, do they mean to silence or to secretly dispose of them?

The lead voice and focal point of the film is the character of Archibald Baxter (Fraser Brown, who’s a dead ringer for Iain Glen). Baxter is extremely principled, too much so in the eyes of some of his fellow soldiers, he doesn’t agree with the war and refuses to pick up his rifle. However, at times he appears to be sanctimonious. It is not hard to imagine that his preaching and campaigning in the trenches could be annoying given the circumstances that all the soldiers find themselves in. Baxter thus takes a battering from both his colleagues and his superiors, both verbal and physical. In order to shut him up more than anything else the officers issue him a court martial and issue Field Punishment No1.

This referred to what was a particularly unpleasant punishment which was introduced by the British army after flogging was abolished in the late 1800s. The soldier was strapped to a gun or a wooden stake for hours at a time come rain, sleet or snow. Within the film it becomes a symbol of not only the objector’s plight but also their enduring resistance, a badge of honour almost.

The film is held together by Brown’s impassioned if not sometimes overdone acting, but he is supported ably. There are moments of cliché and melodrama, for example, when asked by a fellow soldier what he will tell his children if they asked him what he did during the war, Baxter snarls ‘I’ll tell them I didn’t do everything I could to stop it’. However despite these minor misgivings on the whole it’s a well-polished film from director Peter Burger who captures the mud and despair of the trenches and both the hopelessness and ultimate pity of war.

Field Punishment No 1 is out on DVD on 20 April. Buy from Amazon