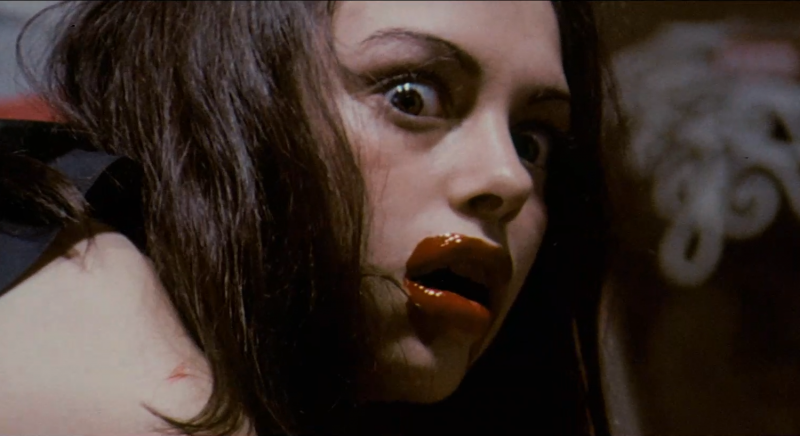 Dreamlike, poetic, softcore wibblings from the late great Jess Franco – if you can allow yourself to fall into his low-budget, washed-out world you might have a good time.

New distributor Maison Rouge releases an unrestored, widescreen version of the softcore version of Jess Franco’s film. You are going to see breasts, bottoms, pubic hair, a soft cock or two and labia winking from bush. You aren’t going to see any gore at all.

I learned my lesson from the same director’s Vampyros Lesbos some years ago: expect more of a cerebral tingle than a blood rush to the genitals. For all their frenzied flesh squirming about on beds, Jess Franco films inhabit an abstracted world in which aestheticized words, especially monologues, attempt to make sense of said fleshy squirmings.

If the streak of poetry herein is both visual and conceptual, it certainly takes a bit of time to get used to it. This is in part because of un-iconic nature of the imagery as well as the surreal subtitles which transcend grammar and threaten to transgress the limits of sense.

Female Vampire is released for digital download on 06 March 2017.