From the comical to the downright terrifying zombie movies have been entertainment the masses since the 1930s. To celebrate the release of comedy zombie film Cooties, starring Elijah Wood and available on DVD, Blu-ray and digital, we look back at our five favourite zombie movies.

Dawn of the Dead is the first, and some seem to think, the best, of George Romero’s many follow ups to his hit Night of the Living Dead. Set against the backdrop of a shopping mall, survivors of a spreading zombie apocalypse take refuge as the outside world grows increasingly dangerous and chaotic. The original black and white film was low budget with few special effects and simple make up. With Dawn of the Dead, Romero stepped things up and gear and hired special effects artist Tom Savini to create impressive levels of gore. The film is a firm favourite amongst die hard horror fans and has since spawned a remake from director Zack Snyder in 2004.


The winning combination of Jesse Eisenberg and Emma Stone star alongside Woody Harrelson in this comedy horror from director Ruben Fleischer. The film proved to be a huge cult hit with Zombieland 2 due to hit cinemas at some point in the foreseeable future. Set in zombie filled America, a shy student trying to reach his family in Ohio (Eisenberg), a gun toting tough guy searching for the last Twinkie (Harrelson) and a pair of sisters (Stone and Abigail Breslin) trying to get to a zombie free amusement park join forces for a comedy filled road trip.

Starring comedy double act Simon Pegg and Nick Frost and directed by Edgar Wright, Shaun of the Dead, takes a comical look at the prospect of a zombie apocalypse. The film earned critical acclaim when it was released in 2004 and was nominated for Best British Film at the BAFTA’s, both Pegg and Wright also took home a British Independent Film Award for best screenplay. When Shaun’s (Pegg) day goes from bad to worse, he decides that convincing his ex-girlfriend to take him back will turn his life around. With zombies hot on his heels, Shaun sees the apocalypse as an opportunity to show just how heroic he can be. Can Shaun save the day and win his ex back?

Cillian Murphy, Naomie Harris and Christopher Eccleston star in this Danny Boyle award winning classic. Twenty eight days after a virus devastates London, the capital is swamped with zombified citizens looking to take down anyone in their pathway. A group of survivors, led by Murphy and Harris attempt to escape with terrifying consequences. The film’s popularity resulted in a remake from Juan Carlos Fresnadillo starring Jeremy Renner, Rose Byrne and Robert Carlyle.

Elijah Wood (The Lord of the Rings trilogy) stars as substitute teacher Clint Hadson whose first day on the job at his new elementary school turns a killer…Literally!
A virus spawned from a diseased chicken nugget quickly spreads through the school turning all the children into a swarm of savages. Hudson most unite a ragtag bunch of teachers who will have to band together in the fight of their lives in order to escape the school and the rampaging horde.
Cooties is an infectious new comedy of epic proportions that also stars Alison Pill (Scott Pilgrim Vs The World) and Rainn Wilson (The Office US).
Cooties is  on DVD, Blu-ray and digital now.
FacebookTweetPin 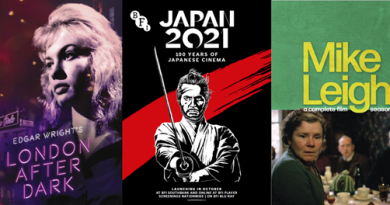