This is an intelligent, relevant and thought provoking film wrapped effectively inside an edge of the seat action movie.  It deals with the moral dilemma raised by the technology of long distance drone warfare.

Although a UK production largely shot in South Africa, it is a global story and the opening is very clear, well paced and efficient in terms of introducing us to the various characters and the locations, where the action is going to take place.

In London Colonel Katherine Powell (Mirren) is in charge of a drone operation to capture a group of terrorists in Nairobi, Kenya, who are about to embark on a suicide mission. As the remote pilot Steve Watts (Aaron Paul) is about to fire the missile from Nevada, he sees a nine year old girl come into the kill zone.  The question of whether they fire the shot or not – a choice between saving one child or hundreds of innocent bystanders – becomes a political one, which gets passed up the British and American chain of command as the moment of decision approaches.

Good performances all round include the late Alan Rickman as the General brought in, when the situation escalates and Barkhad Abdi as the Somali agent on the ground, who risks his life to try to save the child. The film shows a contemporary awareness of diversity in its casting, which also features Babou Ceesay as Mirren’s sergeant, who is put on the moral spot by his commanding officer, while Mirren’s role was originally written for a man and then gender changed by director Gavin Hood to give it more complexity.

The moral dilemma of the film is powerful and the arguments well put but it avoids being merely a debate but is a dramatic clash between the characters, while at the same time being an on the ground action thriller.  Interestingly, of the characters involved in the decision, two of the women – Mirren as Katherine, the colonel in charge and Laila Robins as the American strategist brought into the debate – are for taking the hard line and it is the British female politician (Monica Dolan), the drone operator Watts and his number two (Phoebe Fox), who display the more traditional “female” compassion.  Moral complexity is also added by the way we get to know the child Alia (Aisha Takow) in the early scenes of the film, making the dilemma all the more poignant and real.

The tension is lightened by touches of comedy, as in Rickman’s high ranking general trying to buy the right toy for a child’s birthday and Iain Glen as the foreign secretary with an attack of tummy trouble.  More pointed is the bickering of the buck passing politicians – nice performance here from Jeremy Northam as a dithering minister –  and their worry about how they will explain the story on Radio 4’s “Today” programme, which  becomes almost farcical at times yet with an underlying awareness of the important moral issues involved. 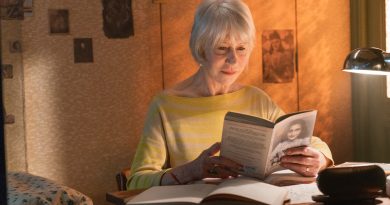 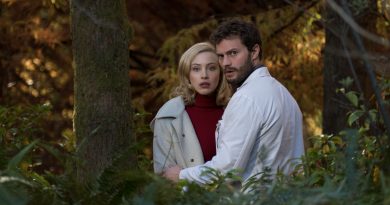