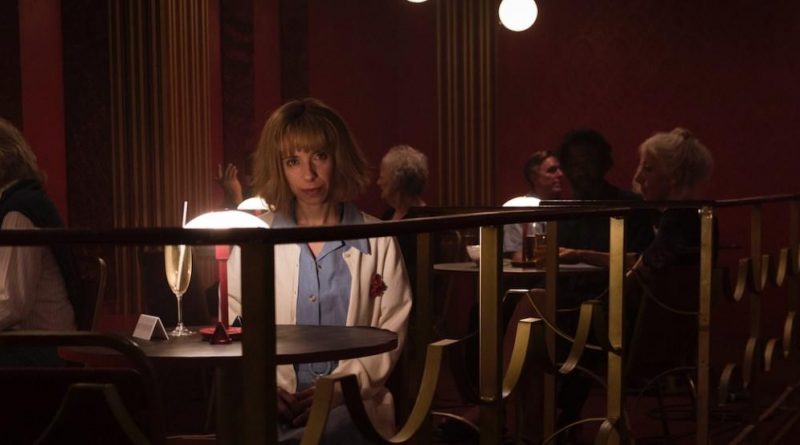 This is billed as a comedy, but there are few if any laughs here. Dealing with mental health issues, it is often uncomfortable viewing. Sally Hawkins performance is full on with facial contortions and awkward body movements. These balk up her weird behaviour.

Director, Craig Roberts, who also wrote the screen play, shows not only Jane (Sally Hawkins)’s breakdown but the cold behaviour of her mother, Vivian, (Penelope Wilton) and the strange way in which her sister, Nicola (Billie Piper) pretends to suffer from mental health problems in order to enhance her entitlement to state benefits.

Jane suffers a complete mental breakdown after she is dumped at the altar. She lives alone but visits her family where she displays bizarre behaviour. She has been diagnosed as suffering from schizophrenia and hears voices and sees people who are not actually there, including her former fiancé.

When she meets Mike (David Thewlis), a musician, she seems to have found a kindred spirit as he also has mental health issues. He, however, is fond of her and all goes well for a while. Trauma, however, is not far behind and events take a bad turn.

There will be two sides to how people view Hawkins’ performance – one which absolutely loves her quirky acting style and the other – which, I am afraid, I subscribe to – that sees her acting as rather over the top and relying on mannerisms. Wilton and Piper are good as supporting characters and Thewlis gives a nice characterisation of someone who is not quite in the same world as most of the rest of us.

The film throws some light on mental health, particularly schizophrenia, so is worth seeing for that. Hawkins does her best to convey the underlying emotions and anxieties of her damaged character and succeeds in many ways. However, I did find some of Hawkins tics a bit overdone and perhaps a little more subtlety wouldn’t have gone amiss. 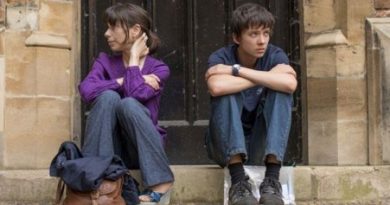