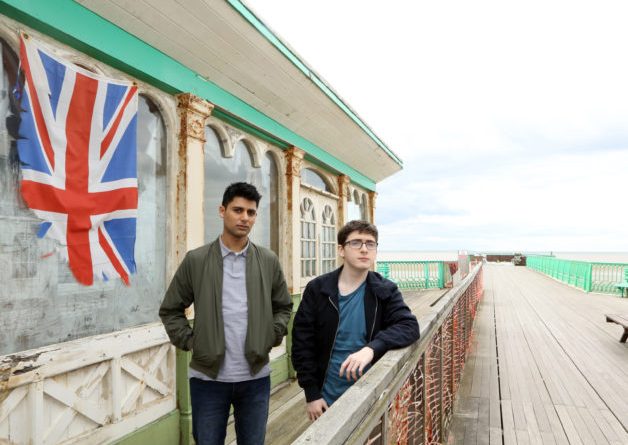 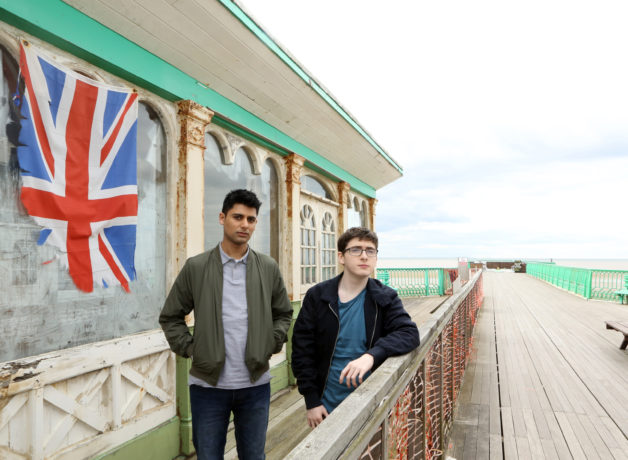 This is an entertaining comedy which celebrates diversity without pushing its message down your throat.

Omar (Antonio Aakeel) and his disabled half brother Pete (Jack Carroll) were raised by their Gran (Stephanie Fayerman), after their mother and Pete’s dad were killed in the lamentable event of the title.  When Gran too dies they are taken in by Pete’s dad’s sister Ellen (Vicki Pepperdine) and her husband Ken (Kevin Eldon), a grotesque, controlling couple who are only interested in adopting Pete, not Omar. Being Asian he’s not “family”, says Ellen bluntly.  However Gran has left Omar the information to enable him to find his birth father, so the brothers set off on a quest, not, as Pete hopes to India but to Blackpool.

In the course of their journey director/writer Jason Wingard, the man behind the recent Calais Jungle film “Another Life”, embraces a variety of comic styles and comic turns, some more successful than others.  They include Tom Binns as a transparently untalented fortune teller, who by totally non telepathic means finds out where the boys can find Omar’s dad; Sarah Hoare as the girl who takes a fancy to Omar and Johnny Vegas as her cross dressing uncle, who reluctantly shelters the penniless brothers.  The cast also includes well known Asian television faces Nitin Ganatra (East Enders) and Asim Chaudhry (People Just Do Nothing) as the businessman and his immature brother, one of whom is Omar’s father, with Nitin Ganatra (The Good Karma Hospital) as their dad.

Aakeel is appealing as Omar but it is Carroll, who was a runner up in “Britain’s Got Talent” when he was only 14, who steals most of the scenes he is in – and gets most of the best lines.  Due to cerebral palsy his legs may not work too well but his mind and tongue are sharp as a rapier.  And his panic when Ganatra’s man eating teenage daughter attempts to seduce him is very funny.

The film is not without faults.  Its serious moments veer towards the sentimental and not all the jokey bits work.  But it is also colourful, original and eccentric with a lot of charm and for it holds the attention entertainingly for all of its ninety four minutes.

Eaten by Lions received its world premiere on 21st June at Edinburgh International Film Festival 2018 and its London Premiere is at the London Indian Film Festival on 25th and 27th June.  Wider distribution to be confirmed 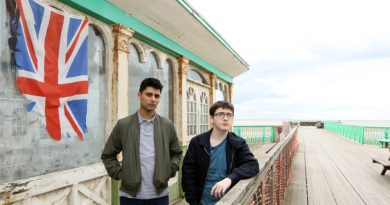