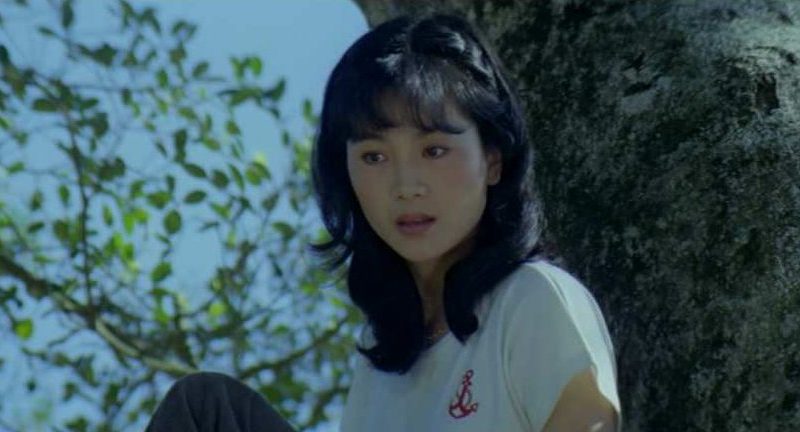 Three surprising early films from the director of The Time to Live and The Time to Die, City of Sadness, The Puppetmaster, Three Times and most recently The Assassin.

All three films demonstrate Hou Hsiao-Hsien’s pre-occupation with the contrasts between and rural city life in Taiwan. But it’s surprising to see the range of moods on display. After all, Hou Hsiao-Hsien’s films are famous for being nostalgic, elegiac and slow; whereas these films are wonderfully lively.

Cute Girl is a spiffy rom com – and given its upbeat and sugary mood it is strange that it should be one of the few films that Hou Hsiao-Hsien wrote as well as directed. A young bride-to-be falls for a laid-back surveyor while visiting her family in the country. It’s pretty throwaway but entertaining enough – and remarkable for being so different from the rest of his work.

The Green, Green Grass of Home is the touching story of a young male teacher’s move to the sticks and his attempts to woo the daughter of a local. The star may be 80’s Chinese rock dude Kenny Bee but it’s the school children and their antics in streams and fields that give the film an emotional weight.

The film buzzes with their energy and Hou Hsiao-Hsien focuses on the children’s actions with a childlike intensity. There are some lovely intense shots, as when one of the boys is standing in a doorway waiting for his father at a city railway station.

The Boys from Fengkuei introduces the viewer to a much more signature Hou Hsiao-Hsien world. Four young men leave their small coastal town for a small city. They end up living in an apartment block next to a young woman and her husband. Shots of them going about their business in the city are juxtaposed with quieter moments when they’re at the apartment, realising how lonely they are.

There’s a good scene where they are conned out of money by a guy on a moped who promises to show them a dirty film: “European … in colour … widescreen”. He directs them to the eleventh floor of a half-built building before driving off. They walk up, slowly realising they’ve been done, before looking through a ‘widescreen’ soon-to-be window at the city below. The camera holds on the view as though to underline that life approximates to dreams in an ironic kind of way.