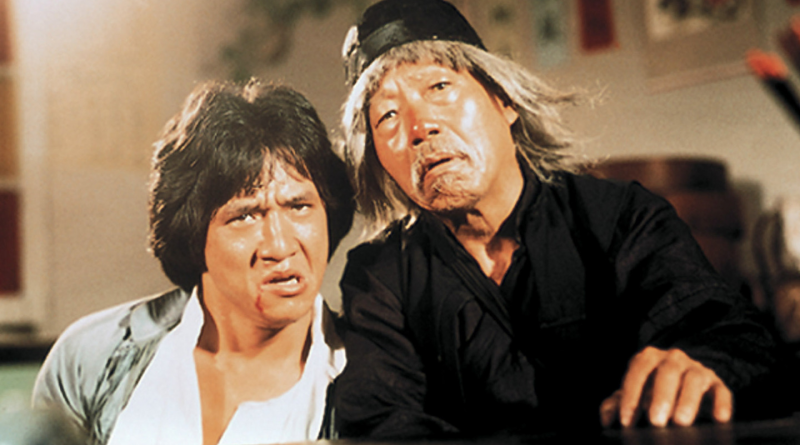 The great Jackie Chan’s breakthrough hit is a relentlessly frenetic, madcap kung fun carnival – and it looks better than ever in this glorious 4K restoration.

Jackie Chan plays the iconic Chinese folklore hero Wong Fei-Hung, sent to learn ‘drunken kung fu’ (this really exists, see Wikipedia on zui quan) at the hands of Su Hua Chi (Siu Tin Yuen), who is rarely sober himself – in fact we find out that he can only be defeated when he is suffering the DTs.

The film is essentially a series of fast, furious and funny training and fight sequences, in which extreme physicality and pain flip over into body comedy and much exaggerated gurning by the physically tested and strained cast. If, like me, you’ve only seen a crummy panned and scanned version before, this widescreen restoration really gives Drunken Master wings. It gives background to the more technical looking sequences that showcase Jackie Chan’s martial arts skill; and gives the comic elements more room in which to breathe.

The tortuous training sequences are just as good as the fights, and they are first strike in Jackie Chan’s ongoing project to turn his body into an icon of suffering and survival. Of course, he never takes himself too seriously and every testament to his strength is also an opportunity to demonstrate the wisdom of skiving.

Drunken Master is very funny, especially if you watch the extended version with the original Hong Kong English subtitles. Not only are these subtitles rather surreal – “Guy, you turned into a turtle” – but the subtitles were created for a shorter version of the film, so from time to time the characters suddenly start talking in badly synched US English.

This is one you will want to watch over and over again as it is endlessly entertaining, and brilliant physical comedy. I will definitely be watching it at least once with my eyes closed, to savour the insane and relentless soundtrack of slaps, chops, grunts and wooshes.

Drunken Master is out in a dual format edition on 24 April 2017. 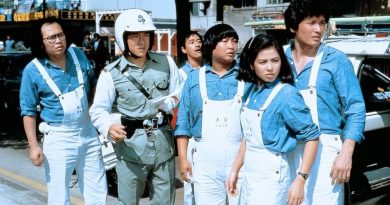