This is Kathryn Bigelow’s nearly three hour take on the Detroit riots of 1967 and in particular the nightmare incident in the Algiers motel, in which three black men were shot to death and others including two white women terrorized and beaten, after the police and National Guardsmen arrived at the motel, responding to reports of sniper fire.

It is an engrossing and deeply disturbing story, both in the events it depicts and its contemporary resonance with regard to race relations in America today.

The film opens neatly with a quick resume of the background of decades of discrimination, social segregation and heavy-handed law enforcement that led up to the situation, illustrated by artist Jacob Lawrence’s gorgeous and evocative paintings.  We then cut straight to the incident which sparked off the riots – a police raid on an illegal black drinking club, where the guests are roughly herded like cattle into police vans.  The following scenes of riot, looting and arson in which human beings take on the character of a mindless mob, are terrifyingly documentary in feel.  They also introduce us to one of the main characters, the callow, overzealous young police officer Krauss (Poulter), who shockingly shoots in the back a young black man he has caught looting food. Weirdly though Krauss is still sent back on the streets to continue with his duties.  There is also the shocking sight of the National Guard military, rumbling through the streets with echoes of the Russian invasion of Hungary in the fifties, of Prague in 1968 and indeed later invasions of residential areas of cities in other parts of the world.

We are then introduced to the other characters who will end up in the Algiers motel.  Singer Larry (Smith) and his manager Fred (Latimore), who take refuge there after the riots make it impossible for them to get home.  There they flirt with two white girls Karen (Kaitlyn Dever) and Julie (Hannah Murray, who take them to an ad hoc party given by Carl Cooper (Jason Mitchell). It is his bitter joke, in which he illustrates the treatment of black citizens by the police using a toy gun, which he later fires out of the window, which gives rise to the suspicion of sniper fire.  Also fated to involved in the incident are Greene (Anthony Mackie), a soldier just back from Vietnam and Melvin Dismukes (Boyega), a black security guard protecting a nearby grocery store, who is regarded by his fellows as being an “Uncle Tom” because of his conciliatory attitude to authority.

Once Krauss and his colleagues Flynn (Ben O’Toole) and Demens (Jack Reynor) thunder into the hotel to investigate the reports of sniper fire, the long nightmare of bullying, intimidation, assault and eventually murder begins.  It is exacerbated by Flynn and Demens’ sexual disgust and consequent actions at the thought of white women consorting with black men.

Ms Bigelow does not spare us from any of the horrifying detail of the brutal police behaviour.  The instigator and leader of this is the psychopathic Krauss – a truly terrifying performance by young British actor Poulter, whose boyish looks make his actions all the more disturbing.  Boyega of “Star Wars” fame is very much a horrified and helpless onlooker of the abuse, though later he is accused of and tried for complicity in the acts.

The final act deals with the trial of the four men, which is somewhat brusquely handled.  It would have been interesting, after what we have witnessed, to have heard more of the evidence which leads to the jurors’ verdict.  And the final scenes, showing us the effect of his experiences on singer Larry’s later life, comes over as a bit of an add on.  Not enough though to detract in any way from the overall powerful emotional impact of the film. 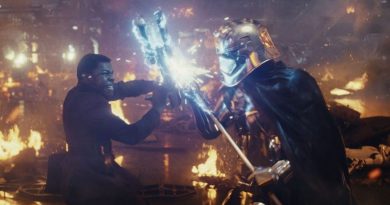 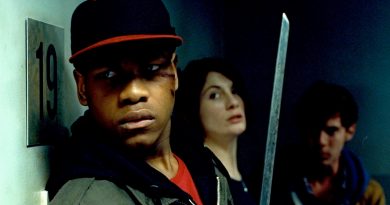