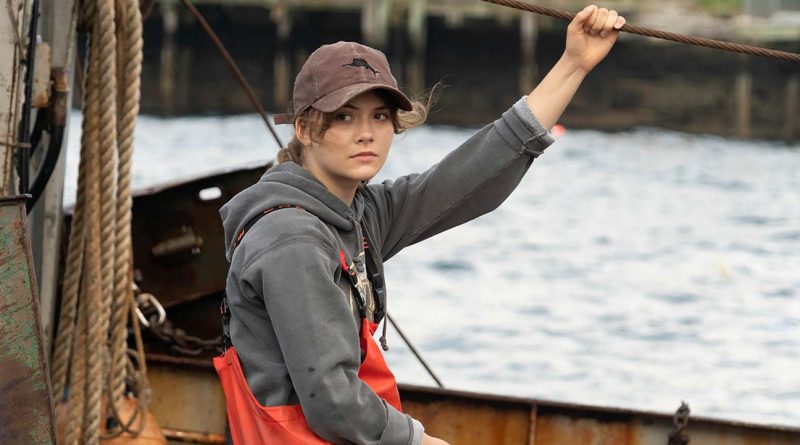 When placing a child in the family pecking order, “coda” is not, as you, might think, a word to describe a late life baby arriving.  It is an acronym standing for Child of Deaf Adults.   Which is what teenager Ruby (Emilia Jones) is in the film of that title.

Ruby’s parents Jackie and Frank (Marlee Matlin and Troy Kotsur) and her elder brother Leo (Daniel Durant) are all deaf and they rely on her to act as their translator link with the hearing world.   Ruby joins the menfolk working on the family fishing boat early every morning, then haggles on the family’s behalf with the company that buys their catch before heading off to school, where she sometimes falls asleep at her desk.

Ruby though has a secret love, which is music – an ironic choice, in that it is something her family will never hear – not even her father, whose only contact with the world of music is playing rap music very loud so he can experience the vibrations through his bottom.   Ruby’s music teacher at school, the exuberant Mr Villalobos (Eugenio Derbez) recognises her talent and encourages her to apply for music college.   But if she does, how will the family manage without her?

This is basically the usual high school coming of age tale, including a touch of teenage romance for Ruby in the form of fellow student Miles (Ferdia Walsh-Peelo).  But what makes it that bit different is the family set up and the heroine’s dilemma.

The film’s writer/director Sian Heder avoids the trap of making her disabled characters saintly.  The parents, who enjoy a rumbustious sex life, are actually quite selfish in the way they depend on Ruby, particularly Jackie, the mum.  Marlee Matlin, one of the few deaf actresses who has managed to sustain a long career from when she first appeared in Children of a Lesser God back in 1986, ensures that her character has spark and individuality.  Derbez as the fiery music teacher also brings some fun to the proceedings.

The film won the London Award presented by the British Independent Film Awards at this year’s Sundance Film Festival.  And although CODA is in many ways a pretty predictable high school movie, it is so heartfelt and likeable that you can forgive it for that and just enjoy it as a pleasant family friendly film, which also positively explores the challenges of being a deaf family in a hearing world

CODA will be released in cinemas and premiere globally on Apple TV+ on August 13, 2021 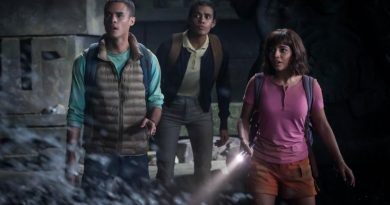