It is both very gripping and, in its single-minded focus on Snowden’s face as he talks, bound to make the viewer reflect on the guy’s motivations and back story; almost more than the revelations about unconstitutional activity on the part of the NSA and CIA and our own GCHQ.

Which makes the release of Poitras’ previous films, The Oath and My County, My Country – the three films together constituting a ‘9/11 Trilogy’ presented as a boxed set here – so relevant, as this is an approach that works to great effect in them too.

The Oath and Citizenfour, especially, work really well together. If it is fair to say that Snowden did a good thing for obscure reasons, the subject of The Oath, ex-Jihadi Nassar Al Bahri, is a more compelling, more ambiguous character yet. A bodyguard of bin Laden’s until 2000, he spilled the beans on Al Qaeda, its organization and operations, when NSA agents came calling at his Yemeni prison cell after 9/11. He was subsequently ‘de-programmed’ and is shown with his family, at religious discussions with younger Yemenis and working as a taxi driver in the capital, Sana’a, in 2010.

Al Bahri’s story is contrasted with the story of his friend, Salim Hamdan, the first person to launch a legal battle against imprisonment at Guantanamo Bay. He won his first case but was then re-imprisoned under a new law that was drafted specifically to keep him at Guantanamo. The film follows a US legal team as they try to get this second imprisonment ruled unlawful.

The dual approach works well. Hamdan’s story is all about legal process; he doesn’t appear or speak at all in the film, although some of his letters to his old friend are read out as voice over. Whereas Al Bahri is an astonishing person to watch as he talks to camera in his disturbingly open way. You really want to take him at face value and believe that his almost cheeky use of the word ‘infidel’ in relation to camera-wielding Laura Poitras is not fueled by anger … but at some point you suspect he probably had a very similar outlook and personality when he was fighting in Bosnia and Afghanistan.

The Oath is excellent for this reason, for giving a human face to the Jihadi bogeyman. But that isn’t as smug as it sounds – the approach works both ways. Here’s a guy who is a family man, a good father and a good muslim; but he is also only minimally different from the jihadi of the 1990s. So, the film rather controversially suggests, you can be a good person and be plotting the overthrow of America and its allies – even though Al Bahri claims he never targeted civilians.

Back to Citizenfour: Snowden is arguably a less controversial figure than Al Bahri, so Poitras’ camera records what he is saying in a less ambivalent manner. His revelations are almost ‘so whats?’. But the excitement of the film lies in the day-by-day development of the Snowden story, its paranoid atmosphere that is played out in hotel rooms and corridors. The emotional jump that is difficult to make in Citizenfour is of a different type from that in The Oath: it is simply hard to believe that these goings on in a hotel suite, crouched over laptops, can constitute an effective contestation of an almost omniscient state power.

9/11 Trilogy also includes My Country, My Country, set in Iraq during the election period in 2005. Poitras’ camera is embedded with a middle-class Baghdadi family: the father is a doctor who has decided to run for city elections; his wife and daughters take pleasure in worrying about their fates if he does so.

Their stories play out against a documenting of the security operations surrounding the election.

My Country, My Country isn’t quite as gripping as the other films in the trilogy but gives a credible insight into the distresses of life in Iraq since the invasion.

Citizenfour and 9/11 Trilogy are out on DVD on 14 September. 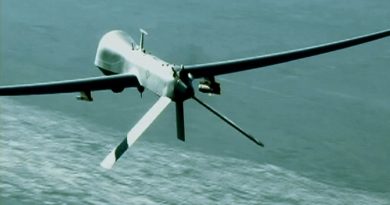