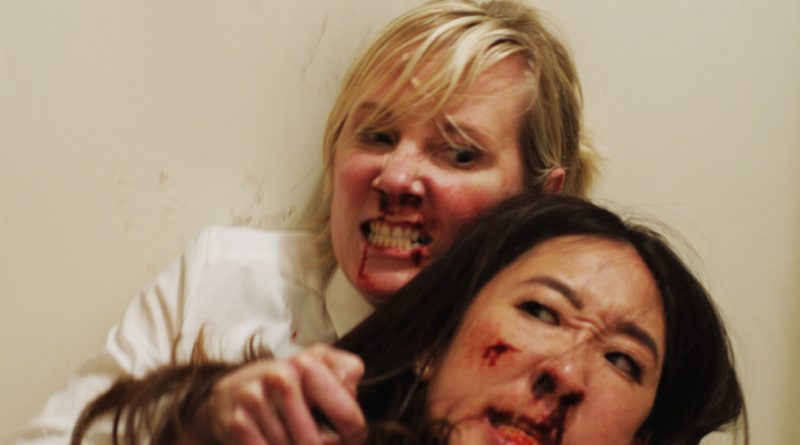 Here are some of the most brutal fight scenes I have seen. In Catfight it is more astonishing in that – as the title of the film implies – it is two women who fight. Veronica (Sandra Oh) is the fashionable wife of a very wealthy business man, who is making money from the military conflict we see taking place on the TV in the background. She is put on show at business events by her husband whose only concern is that she drinks too much.

Not heeding him she indulges in alcohol at a posh party he has organised. At the party, too, is Ashley (Anne Heche) who is on the other side of the bar helping her friend (Alicia Silverstone) to serve drinks and canapes to the guests. Ashley is now an artist with very little work and her life is the opposite of Veronica’s who can buy anything she wants. Veronica and Ashley have bad blood between them from their college days and it bubbles over when they talk together.

A rather drunk Victoria confronts Ashley on the staircase and this soon develops into an almighty brawl – the first of three fights. Smash and bash, the women really go for each other. Veronica is left so beaten up that she is hospitalised. This is just the first of a series of events caused by the two women’s antagonism towards each other which sees their fortunes change. As one rises in the world the other sinks down.

The film is a satire on the future of life in the US, using violence between the women to illustrate the points. The acting by Heche and Oh is exemplary and even as we watch in horror as they pummel each other it is impossible to stop watching. Well-directed and written, it is a film which will appall you even as you find yourself completely enthralled. 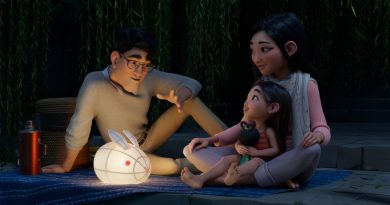 Over The Moon | The Making of “Rocket to the Moon” | Netflix