Todd Haynes latest examination of social taboo is a sumptuous parable that is best described as swoonsome. Seductive in its ability to make you fall in love with the delicate characters, get swept up by the music, or drown in the soft focus recreation of 1950’s New York.

The director has dealt with homosexual prejudice before with 2002’s excellent Far From Heaven, but this adaptation of Patricia Highsmith’s novel, whilst covering similar ground, is first and foremost a beautifully played out love story.

Therese Belivet (Rooney Mara) is a wispy department store clerk, who has aspirations of being a photographer, with eyes that nervously dance around, reluctant to settle, a girl who “barely knows what to order for lunch” let alone her place in the world, until her focus lands on the pale skinned allure of Carol Aird (Cate Blanchett), and a quiet exchange about buying a train set starts a friendship between the two women.

Invited to Carol’s marital home one Sunday, it’s clear that all isn’t right at the Aird Estate, her husband (Kyle Chandler) is absent, the two intend to spend Christmas apart, despite having a young daughter, upon whom Carol dotes, and mentions of her friend Abby (Sarah Paulson) seem to rile up him up.

The two women; one at the start of a journey of discovery, and one trying to manufacture a way out of her dead end of societal burdens and expectations, take a literal road-trip, falling in love along the way.

A poetic tome of two lost souls finding each other, Therese and Carol’s relationship unfolds so naturally that you feel you know them. Lingering glances, a series of brief touches, and a union of two characters superbly brought to life by Blanchett and Mara, that you root for these two to get together and then after that, overcome the obstacles thrown at them by the simple-mindedness of the era.

At opposite ends of the personality spectrums, the two actresses have never been better; Blanchett carries herself like her Blue Jasmine character before everything went downhill, but imbues Carol with a humanity during moments during when the mask slips, the steadfast society wife transforming into a caring and passionate mother, or an untroubled picture of happiness when she’s with Therese.

Mara shuffles around, observing, apologetic, instantly intriguing. She is perfectly suited to the script’s rhythms and dialogue, you can’t imagine lines like “I always spend New Years Eve alone, in a crowd” having the impact it does coming out of anyone but her.

Haynes’ composition is exquisite, holding his actors gaze as if it were one of Therese’s photographs, allowing Carter Burwell’s rousing score, so powerful during the movies’ indelible final sequence, to glide throughout his movie. So many aspects of filmmaking come together perfectly to tell this simple story of hope snatched from devastation.

Highsmith’s novel, originally  titled The Price of Salt and written under a pseudonym due to the content, is something of a literary landmark, and already the film feels like a golden era classic. 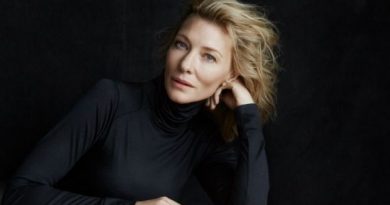