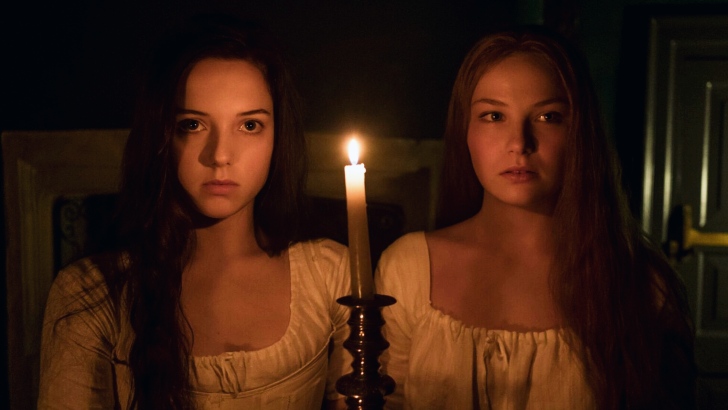 Moving a long way away from the 19th century vampire tale on which this is based, writer/director Emily Harris in her solo feature film debut has adapted the story into one of female sexual suppression and discovery.

Relocated in time from its original Victorian setting to the late 18th century, at the centre of the story is 15 year old Lara (Hannah Rae), who lives an isolated life in the country with her father (Greg Wise) and her severe governess Miss Fontaine (Jessica Raine).  It is a strictly religious household.  Fontaine in particular is constantly banging on about the works of the devil, which is why she binds Lara’s dominant left hand behind her back, left handedness being a manifestation of the evil one.  Then when a young girl (Devrim Lingnar) is injured in a nearby carriage accident, which has caused her to lose her memory and is brought into the house to recover, things begin to change.   Lara gives the girl the name Carmilla and an intense relationship develops between the two girls, a relationship which focuses on Lara’s emergent sexual awareness.

The performances are very good.   Rae is wide eyed innocence combined with sharp curiosity while Lignar has a sloe eyed, sexual knowingness about her, which is every effective.   Raine brings great empathy to her superficially unlikeable character, as we gradually come to realise that the reason behind Fontaine’s unreasonable strictness with her charge is rooted in her own sexual repression.  In one scene she is surprisingly teaching Lara a very sensual poem by the Elizabethan writer Andrew Marvell, after which she warns Lara against giving in to “feelings”, as she once did with what she hints at as life ruining results.  We can only speculate.

This is though one of the most explicit scenes in the film, which otherwise suffers from what might be termed excess of metaphor.   Lara is interested in nature, particularly insects so we have rather a lot of artistically shot but not particularly enlightening cutaways of insects munching on dead matter.  There is also a plethora of atmospheric but often enigmatic candlelit scenes and at times the story almost grinds to a halt while we indulge in yet another metaphor.

The men don’t get much of a look in.  Wise as the kindly but distant father makes the most of his few scenes, while the local doctor (Tobias Menzies) is very lightly sketched in.

The beauty of the setting in its period accuracy should also be acknowledged.  But in its efforts to be artistic the film rather loses its way, when it could be getting on with telling what is a rather good story with some very powerful and disturbing elements. 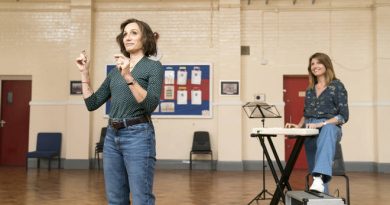 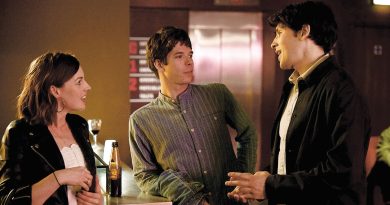