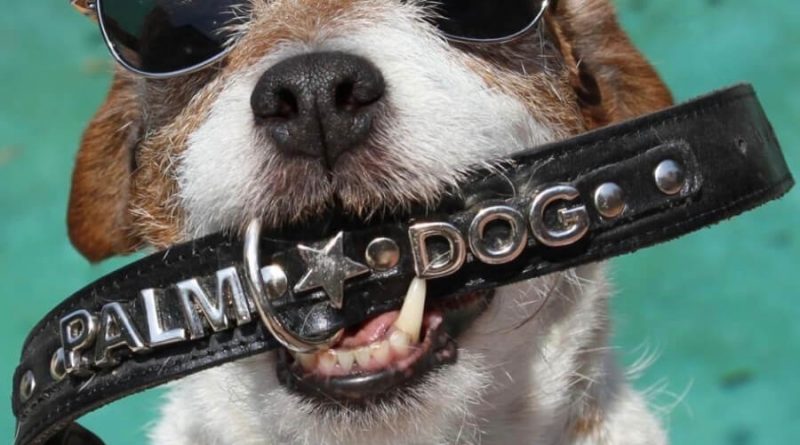 The Palm Dog Wamiz, the annual award for best film performance by a canine, rises magnificently on all fours to virtually celebrate its 20th anniversary in the absence of this year’s Cannes Film Festival. In a ceremony that went live on 22 May on palmdog.com , the loveable Jack Russell Uggie was crowned the Palm Dog of Palm Dogs for his scene stealing role in Oscar winning film The Artist.

From small beginnings Palm Dog has grown over the last 20 years into a sidebar fixture at the world’s most famous and glitzy film festival, Cannes. The first Palm Dog was graciously accepted by Jennifer Jason Leigh in 2001 for her four-legged co-star Otis in The Anniversary Party and last year, legendary director Quentin Tarantino personally picked up the trophy collar for his imposing canine leading actor Brandy played by pit bull Sayuri in his Oscar winning hit Once Upon a Time in Hollywood. “The most coveted prize each year – apart from the Palme d’Or – is undoubtedly the Palm Dog which goes to the best pooch performer” wrote The Guardian.

Though Cannes has been laid low by global lockdown, the Palm Dog jury has been busy conferring over 19 wonderful canine previous Palm Dog winners to award the ultimate big screen performance of the last 20 years. A panel of judges of leading UK film writers including Wendy Mitchell (editor at large at Screen International and author of Citizen Canine), Anna Smith (Time Out, Metro, and head of the Critics’ Circle Film Section) Kaleem Aftab (i Newspaper), Rita di Santo (Morning Star), Joe Utichi (Deadline) and Peter Bradshaw (Chief Film Critic, The Guardian) have delivered a resounding win for Uggie from The Artist.

“Palm Dog was inspired by my Fox Terrier, born in the Champagne region of France, who went by the name of Mutt. He has since gone to kennel heaven but lives on through the world’s foremost and paw-most awards for dogs on the big screen. A huge heartfelt thank you to all the actors and directors who have embraced the award and at times risking their credibility – but the love of dogs was irresistible. And an extra special shout out to the jury who have thrown kudos the way of canines.” says Toby Rose, Palm Dog founder and host.

Guided by the same passion for dogs, Toby Rose, creator of this prestigious award, Adrien Magdelaine and Adrien Ducousset, creators of Wamiz, the top French website dedicated to pets, formed their collaboration in 2018.

The Palm Dog award was the first of the many awards collected by The Artist, a black and white homage to the golden age of Hollywood. The actors and directors shared five Oscars but arguably it was Uggie who emerged as the break-out star of this loving tribute to Tinsel Town glamour. Alongside the megawatt glamour of set piece dance numbers this little rescue Jack Russell not only stole scenes but notably saved lives when he raised the alarm for his owner trapped in a house fire. And along the way dear Uggie picked up – what Time Magazine describes as – “the funniest and weirdest prize in Cannes.”

Toby Rose awarded the Palm Dog of Palm Dogs collar to Omar von Muller, Uggie’s owner /trainer and Dash, Uggie’s kennel mate in a virtual ceremony via Zoom. On receiving the coveted collar, created by Creature Clothes, Omar said: “Uggie would be very proud of that and we will keep this forever. Dash will be honoured to wear it for Uggie. Palm Dog will always have a special place in our hearts because this award was where it all began for Uggie and The Artist.”

Omar von Muller is a highly experienced and respected freelance animal trainer and has worked hand-in-hand with most of the studio animal companies in the movie industry, including Gentle Jungle on the attack scene with Brad Pitt and Brandy, played by Sayuri for Palm Dog 2019 winner – Once Upon a Time in Hollywood.

As in previous years at the Palm Dog ceremony in Cannes, the Palm DogManitarian award is awarded for conspicuous acts which promote the bond between people and canines. This year we were honoured to present the award to Clare Balding in recognition of her tireless championing of ALL dogs at Crufts and all the work she does to shine a light on our four- legged friends, in particular her latest podcast, Dogcast, which is a ray of light in the grim COVID 19 landscape.

Toby Rose said: “Having long admired the relentless positive energy that Clare gives to our canine companions; I am beyond delighted to honour her with Palm Dogmanitarian 2020.”

Clare Balding said: “I think during Lockdown, those of us with dogs have really benefited from their companionship, their positive energy and their affection. With so many people working from home, we’ve formed even closer bonds and I hope as a society we realise that there are habits we should keep that benefit our own mental health and help our dogs enjoy a better life. I’m very grateful and proud to accept this award.”