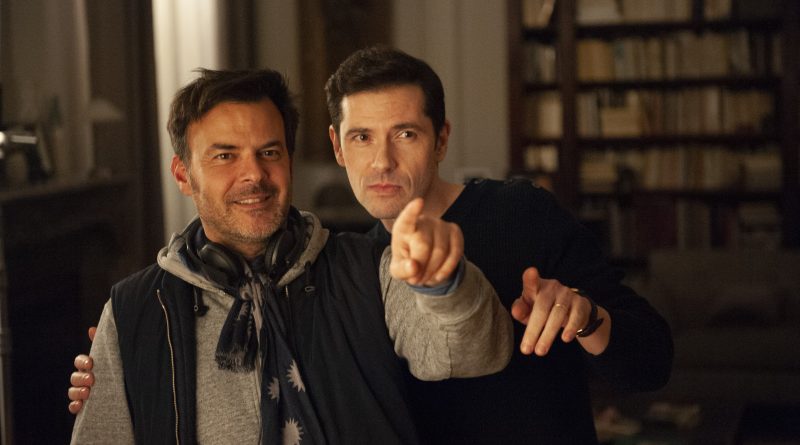 This is very unlike Ozon’s previous films both in style and content.   The subject matter is a real-life and still unresolved investigation into the French Catholic Church for a child sex abuse case in Lyon.

Similar material to the American film Spotlight (2015), but in this instance Ozon tells his story from the point of view of the victims, now adults, rather than through a team of investigative journalists.   In previous films Ozon has often chosen to focus on the emotional world of women.  For By the Grace of God his starting point was “to turn my attention to men who are visibly suffering and feeling emotional – things we usually associate with the female gender”.

Ozon started by carefully researching and interviewing many of the real life victims of the priest involved in the case and the victims’ families.  At first he considered making a documentary but then decided to fictionalise the story.  He does though use a lot of the real life material, such as the actual email correspondence between one of the victims, Alexandre, and the Church, which gives the film in places the feeling of a dramatized documentary, albeit a very well acted one.

The film concentrates on three of the victims.  Alexandre (Melvil Poupaud), François (Denis Ménochet) and Emmanuel (Swann Arlaud), who all at different times when children attended a summer camp, where they were abused by the priest in charge Father Preynat (Bernard Verley).

Alexandre is now a successful banker, happily married and a devout Catholic.  When he discovers that Preynat is still working with children with the blessing of the Church, he contacts Cardinal Philippe Barbarin (François Marthouret) with his story.   Alexandre gets to confront Preynat, who admits his actions with no apparent remorse, but it becomes clear to Alexandre that there is no way the Church is going to take serious action and have Preynat defrocked.

The baton then passes to François, a militant and angry atheist by contrast, who starts a campaigning website, which uncovers more of Preynat’s victims, one of whom is Emmanuel, who is an epileptic and a man desperately damaged emotionally by his childhood experience.

Ozon is walking a tricky tightrope here, censuring the Church as an organisation for what is effectively a cover up, protecting one of its own, without in any way criticising the faith of its followers.  His occasional use of flashback is also masterly.   Understated scenes which just hint at the horrors going on in secret while sparing us the detail.

The director’s desire to stick meticulously to the facts does at times appear to inhibit his story telling skills.  The “baton passing” structure is a touch tricky to take on board and the film gets a little bogged down in detail in its middle section.   And because of its concentration on the victims’ point of view, the characters on the Church side are deliberately somewhat shadowy and underwritten.

It is though a strong story with good performances from the three protagonists, particularly Arlaud, who is very moving as the tragic Emmanuel.   It is a brave and truthful film, which certainly succeeds in the director’s intention of giving a voice to the inner lives of these emotionally damaged men.

By the Grace of God In Cinemas and on Curzon Home Cinema 25th October. 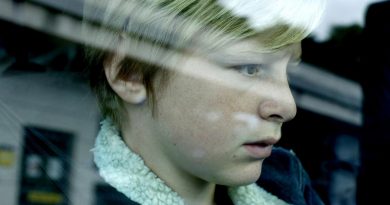 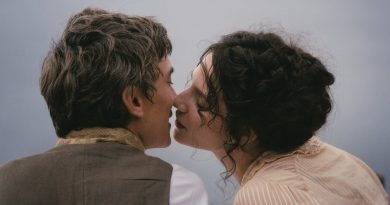