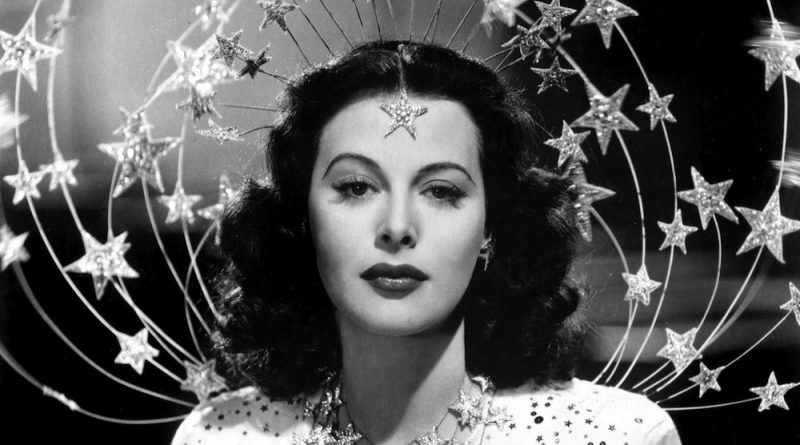 A compelling mix of Golden Age Hollywood glamour, inspirational story, drug addiction revelations and cosmetic surgery tragedy. Bombshell kicks off with a journalistic angle which adds drama and the documentary is interspersed with the memories of family members, which add tangible pathos.

In 2016, director Alexandra Dean unearthed four never-before-heard audio tapes of Hedy Lamarr speaking on the record to a young journalist about her incredible life.

Hedwig Kiesler was an émigré Jewish actress from Nazi Germany. Renamed and hyped, like Garbo and Dietrich before her, by MGM studio head Louis B Mayer, she was promoted as The ‘Ecstasy’ Girl (after her early German film in which she bathes naked and simulates orgasm while alone).

But she was both under-utilised and exploited by Hollywood in the late 30s and 40s, in films like Algiers, Comrade X, White Cargo, Ziegfeld Girl and Samson and Delilah.

White Cargo sums up this Hollywood period. Here, with her darkened skin and seductive Congolese ‘native woman’ ways (!), she purrs to Walter Pidgeon: “I am Tondelayo. I make tiffin for you?” Tiffin? The Congo? Hedy Lamarr? Connection, please?

Hedy was influential though: Snow White and Catwoman were both based on her iconic look: raven, centre-parted raven black hair and arched eyebrows.

Hedy was bored in Hollywood and turned to inventing, something she had done successfully from an early age. With her friend, oddball composer George Antheil, she devised a way of guiding torpedoes to their targets, with the guidance signal hopping across dozens of frequencies so that it couldn’t be jammed by enemy devices.

They patented their invention but it was shelved by the military. Hedy was told to concentrate on entertaining the troops – which she did with aplomb.

Hedy’s frequency hopping idea is now essential to secure Wi-Fi and Bluetooth technologies and her work recognised. She was posthumously inducted into USA’s National Inventors Hall of Fame in 2014.

Hedy had a crack at independent film production back in Europe after the war but her career fizzled out.

She became more famous for her multiple marriages and affairs with the likes of Spencer Tracy and JFK. If these scandals have a slightly forced air to them, her wild, amphetamine-fuelled lifestyle had a damaging effect on her children, as told to camera here by her son and daughter.

Hedy was also addicted to cosmetic surgery. During her salad days in Hollywood she could afford the best work. But as her wealth evaporated and age took its toll, the quality of the surgery decreased. Towards the end of her life her only contact with the outside world was over the phone.

Bombshell sees one of the Hollywood Greats telling her own story in her own words, with the memories of her family, friends and admirers adding context and emotional impact. 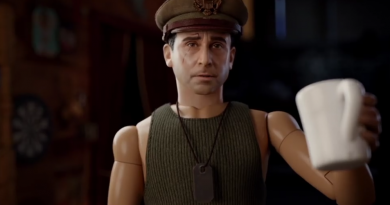