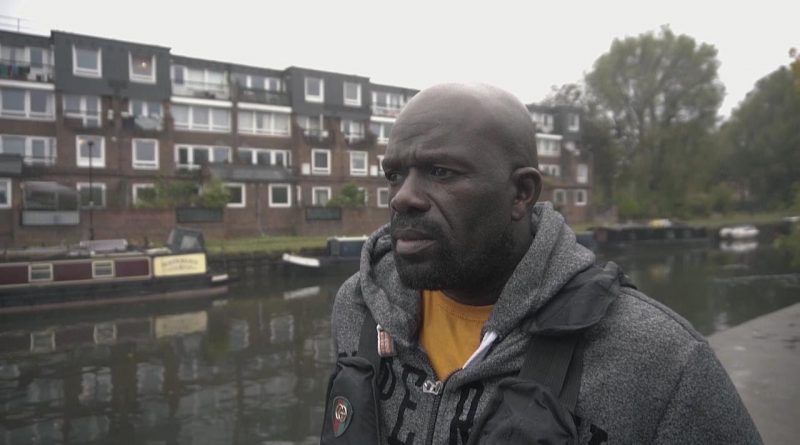 Amazingly 95% of black adults and 80% of black children in the UK do not swim. It’s not actually that they can’t but for reasons shown in this film, they don’t swim which could result in loss of life!

Following an earlier documentary, ‘Blacks Can’t Swim,’ which investigated the lack of black swimmers in the UK, Ed Accura, writer and producer, together with Mysterex, adds substance by using dramatized sections. Ed himself plays Frank who has recently learnt to swim and is keen to convert two black youths to swimming. Frank is chosen to persuade the two youngsters to take part in a gala swimming event which is part of a programme for disadvantaged youths. They are refusing to go in the water. Frank himself only learnt to swim in his early 50s.

One of the young people is K Frost (Richard Mudenda), a music mad teenager who is bribed to enter a leisure centre with a pool by being promised a meeting with a director of music videos. The other is Layla (Amina Smith-Gul)

There are interviews with a number of real young black people to get their views about swimming as well as statistics thrown in. All to discover just why they are so against learning to swim. Some of the reasons given are: lack of role models; parents and rest of the family don’t swim and don’t encourage children to go swimming; few opportunities at school; body issues; braided hair which kids don’t want to get wet; afraid of the deep end and – surprisingly – past history of slaves drowning in the Atlantic. The view of some adults seems to be, “Stay away from the water and you won’t drown.”

Points are well-made. Accura comes across as sincere and the two young ones are most convincing. There is a lovely scene where black youngsters enjoy being in the water – most for the first time.

The film includes some interesting information. The reasons ‘blacks can’t swim’ is nothing to do with their colour but all to do with culture.