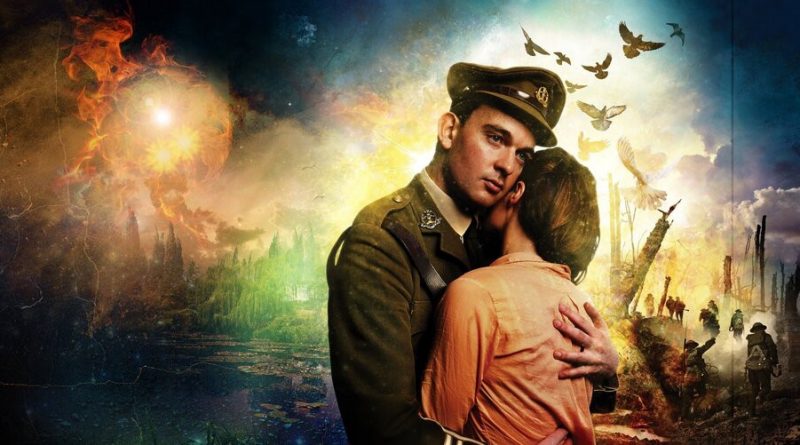 Is Birdsong film or theatre? Well, it is actually a filmed version of a play! Given to us Online by The Original Theatre Company who mounted a super production, which had a successful London run and an equally great touring success, this has now been produced under lockdown conditions.

The actors – doing their own make-up and placing – filmed themselves against green screens using zoom. In post-production the editors put in filmed backgrounds, added digital sound and a lovely musical background, which was designed and played by James Findlay. The author of the original 1993 novel, Sebastian Faulks, narrates and fills in the story in the break between the first and second halves.

Set in the First World War, before, during and after the shattering Battle of the Somme, the story tells of the ordinary soldiers and their officers who fought a war that on the first day ended with 57,470 casualties, including 19,240 killed in action. For the number of casualties, it is considered to be the worst day in the history of the British Army. This film airs on 1 July which is the 104th anniversary of that first day.

We first meet Stephen Wraysford (Tom Kay) when he goes to Amiens, France, to the house of Isabelle Azaire (Madeleine Knight), who he falls in love with. Although she, too, is in love with him, she has a controlling and somewhat nasty husband, Rene Azaire (Stephen Boxer) who she is frightened of. She is also stepmother to Azaire’s daughter from his first marriage. We learn more about the love affair and what happened as the story develops.

Next time we see Stephen, he is an officer in 1916 helping soldiers to dig tunnels against the advancing Germans. He becomes friendly with Jack Firebrace (Tim Treloar), just an ordinary soldier who receives sad letters from his wife detailing their son’s illness and death from diphtheria. Jack and his mates – young Tipper (Max Bowden), Evans (Samuel Martin) and best friend Arthur Shaw (Liam McCormick) – accompany Stephen to the Somme. Here they all take part in the bloody battle where they see terrible events, and many get slaughtered.

Stephen survives, all the time remembering his love Isabelle and longing for her. When he returns, he finds all has changed. He meets with Isabelle’s sister, Jeanne (Poppy Roe) and hears about his former lover’s life and then sees Isabelle. Stephen recounts how only 153 of his troop of 800 were left alive after The Somme.

The original stage performance that I saw was moving and, in a very different way, this version is emotionally involving as well. There are moving performances from all the actors, bringing the sadness to life. It is difficult at the beginning to accept the zoom view of just heads, sometimes stacked. But the close-ups of each face bring the tragedy right in front of the viewer and the actors soon manage to make you forget that they are all in separate rooms as they pass objects from one person to another.

No curtain call, but a field where poppies grow at the end. There are some lovely filmed images and the music and songs enhance the action. Do take the opportunity to watch this on the biggest screen you can use at home!

Ticket Prices (including a donation to The Royal British Legion):

Premium – £15, to include: A digital copy of the programme for Birdsong 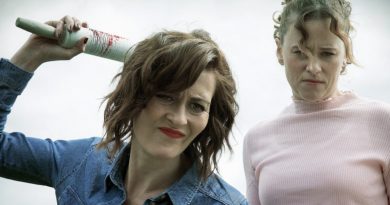