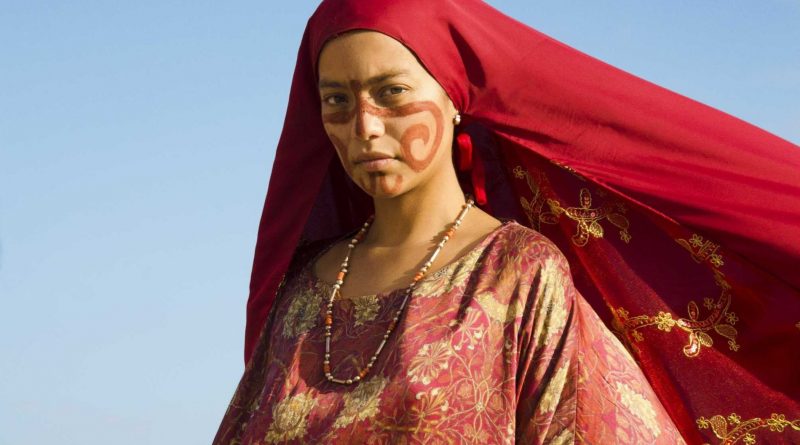 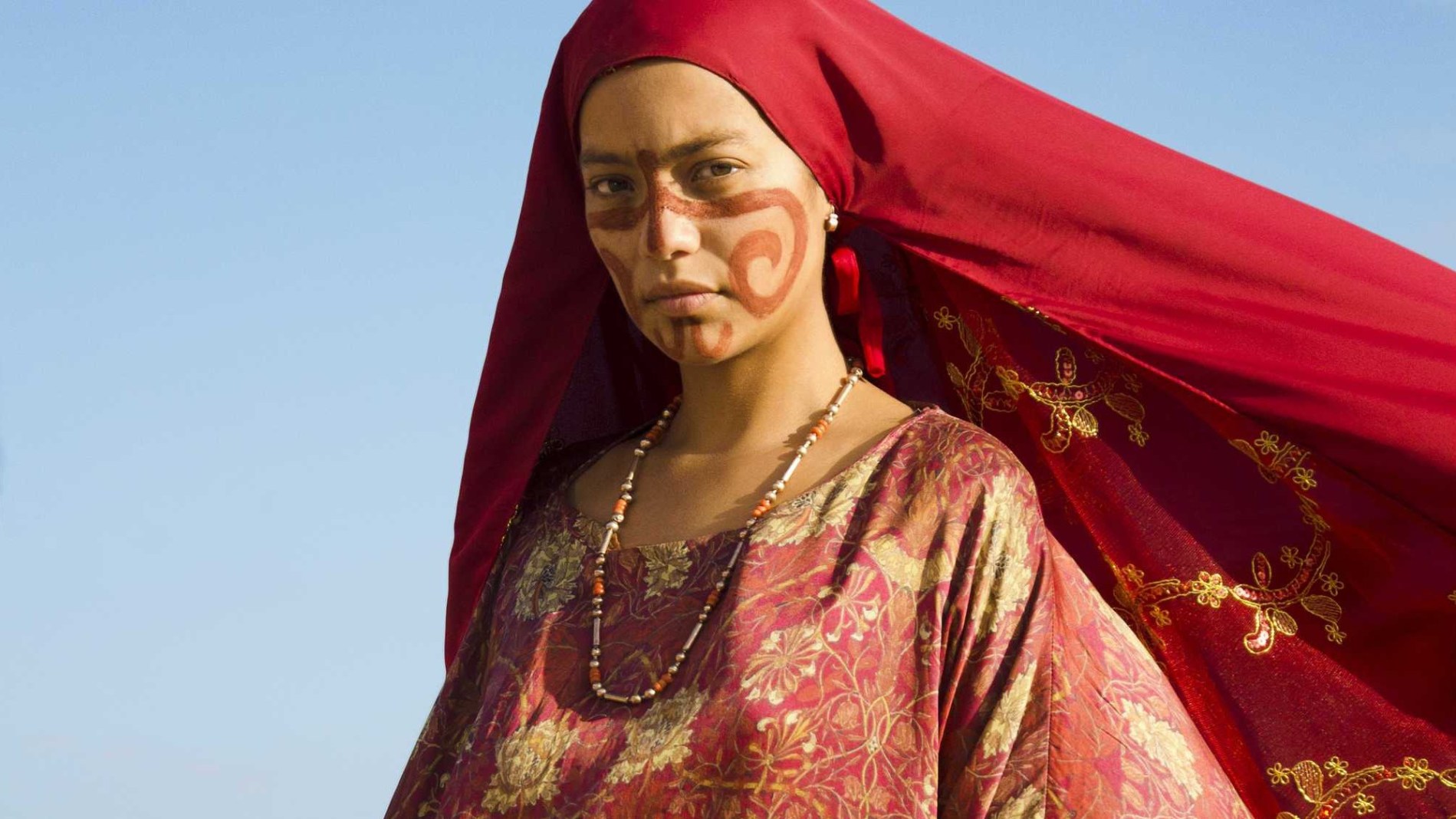 This film is a very different take on our image of Columbian drug barons.

The story starts in the late 60s, where we are introduced to the traditions of the Wayuu people.  Zaida (Natalia Reyes), daughter of the tribe’s matriarch Ursula (Carmiña Martínez), is being paraded before potential suitors in a traditional coming out ceremony.  Rapayet (José Acosta), a member of a neighbouring clan, is smitten but Ursula isn’t too keen.  However he is related to another powerful clan, so if he can come up with a bigger than usual dowry – 50 goats, 20 cows and some ceremonial necklaces with a particular kind of stone – the maiden’s hand will be his.

Rapayet stumbles across a way to make the dowry via some young American peace corps workers, who are looking for marijuana.  It just so happens that his uncle Aníbal (Juan Martínez) grows some of this particular grass.  And before you can say “pass the joint” Rapayet and his outsider pal Moises (Jhon Narváez) along with Anibal and Ursula’s clan are making big money.

As the money rolls in and we move into the 70s and 80s, the film develops into a rural Colombian “Godfather” scenario as the clan’s traditional culture is now colliding with and absorbing the capitalist philosophy.  Always the emphasis is on family but families fall out, particularly where big money is involved and predictably greed, conflict and violence destroy the simple but strong life of the Wayuu.  While echoing the violence and ethos of Mafia gangster movies, this is also in some ways reminiscent of a very different film – New Zealander Lee Tamahori’s debut storyOnce Were Warriors, which was about the destruction of Maori life and traditions by Western culture.

This film is beautifully performed with a cast of professionals in the leads – Martinez in particular is a Godmother figure to reckon with – with genuine Wayuu people in the supporting roles and it is a totally gripping insight into a simple but strong civilisation destroyed and corrupted by the desires of our more sophisticated one.