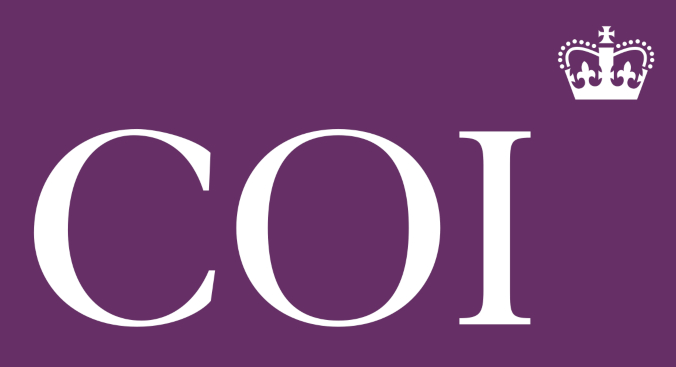 To mark the 75th anniversary of the Central Office of Information (COI), the BFI, The National Archives and Imperial War Museums (IWM) are coming together to showcase the broad and eclectic range of work produced by the department.

From the Charley Says (1973) public information film series and classic safety films like Lonely Water (1973) and Apaches(1977), to the controversial AIDS awareness campaign, the COI produced some iconic screen moments during its fascinating history. The BFI, The National Archives and IWM have worked together for decades to help preserve the work of the COI, with each archive now selecting material to help tell its story through a series of collaborative events taking place over the rest of the year to celebrate #COI75.

·         Anniversary celebrations launch with a BFI At Home event on 23 June (19:00, BFI YouTube), a whistle-stop introductory tour of the work of the COI and the diversity of its output and its impact, with illustrated film clips and insights from curators Patrick Russell (Senior Curator, BFI National Archive), Sarah Castagnetti (Visual Collections Manager, The National Archives) and Michelle Kirby (Film Curator, IWM).

o   Smoking and You (1963) – This educational school programme, the first official anti-smoking campaign film was aimed at young adults

o   A Matter of Choice (1965) A peek into the glamorous world and responsibilities awaiting those entering the Women’s Royal Air Force, with promises of travel and a hint of sexual freedom

o   The New Men (1965) A recruitment film highlighting the importance of RAF ground crew, going all out to pique the interest of male viewers

o   Return To Life (1960) John Krish’s deeply compassionate documentary on the resettlement of refugees in Britain; made to mark World Refugee Year 1959.

o   Insaaf (1971), Partly filmed in Urdu and made for the Race Relations Board, aimed at informing  Britain’s South Asian community of the Board’s role in enforcing the 1968 Race Relations Act

o   Lonely Water (1973) – The stuff of nightmares, this terrifying film narrated by Donald Pleasence, presents the horrific consequences of playing in or near rivers, ponds and other water hazard

o   Strangers (1973) – One of the iconic Charley Says animated films, with Charley the Cat, voiced by Kenny Everett, warning of stranger danger

o   London Line: African Student Families (1975) – Presented by future Labour MP and peer Paul Boateng, this edition of London Line, a cinemagazine screened to audiences abroad, looks at the support available in London for Nigerian students and their families

·         To coincide with the BFI At Home event BFI, The National Archives and IWM will roll out the first of a series of joint curated blogs across the rest of the year on each of their websites, exploring specific themes and COI campaigns in more depth, incorporating materials from each collection.

·         Available now on BFI Player, a free COI at 75 collection offers viewers a chance to further explore the department’s work, with a selection of some of the best known titles and impactful campaigns

·         IWM will be making their films even more accessible, as part of Digital Futures, their ambitious five-year mass preservation project to digitise 1.8 million films, photographs and sound recordings with a focus on the Cold War era. Work has already begun on the digitisation of IWM’s COI film collection, with more than twenty of IWM’s most vulnerable COI films being prioritised, with more films from the collection due to be newly digitised over the next year, many of which will be shared online for the very first time.

·         The National Archives will host a one-off special from their regular “On The Record” podcast to be aired in September featuring experts in the field discussing the work of the COI. The podcast will highlight some of the iconic screen moments and themes associated with public information films, as well as exploring the wider cultural and historical impact the department had both at home and overseas.

Founded in 1946 as a successor to the wartime Ministry of Information, the COI communicated government messages to the public, devising and delivering a wealth of public service information (and propaganda) including films, photographs, leaflets, posters, newspaper and magazine advertisements and radio broadcasts. These were national communication campaigns designed to inform the public, at home and abroad on a wide variety of issues, such as health, safety, welfare, education, rights and military recruitment.

Though some of the information campaigns for domestic audiences remain well-known, the COI’s biggest client was in fact the Foreign and Commonwealth Office, often for films not even shown in the UK, which painted a picture of British life for audiences abroad. The COI produced and distributed thousands of films which literally changed, and even saved lives, before finally closing its doors in 2012.

During the anniversary year, the partnership will explore the COI’s techniques which embraced all the main forms of film: documentary, animation and newsreel, drama, comedy and even horror. The sheer scale of the COI’s film output made it central to Britain’s post-war film industry, with work from some of Britain’s leading filmmakers including Ken Loach (Talk About Work, 1971), Peter Greenaway (The Sea in Their Blood, 1983), Nic Roeg (AIDS Monolith, 1987), John Mackenzie (Apaches, 1977), Lindsay Anderson (Foot and Mouth, 1955) and Hugh Hudson (Design For Today, 1965). Big acting names were also brought in, with Donald Pleasence narrating Lonely Water (1973), and John Hurt, voicing the AIDS Monolith (1987) advert, for example.

Beyond the big names were the expert creatives and technicians, like the talented Sarah Erulkar (Never Go With Strangers, 1971, The Smoking Machine), the first person of South Asian heritage to work as a director in any sector of the British screen industries, and John Krish (Return to Life, 1960), a towering talent of sponsored documentary who worked both for the COI and British Transport Films. The COI also made names; Richard Massingham, a familiar face to 1940s cinemagoers, played a bumbling everyman in a series of films, becoming the first star of the public information film, with whimsical titles such as Jet-propelled Germs (1948), Handkerchief Drill (1949) and Another Case of Poisoning (1949).

The partnership between BFI, The National Archives and IWM is an incredible opportunity for reinterpretation, new insights and a chance for rediscovery, exploring the COI’s significance and legacy through materials held across the three archives. The majority of the films are held and preserved by the BFI, including a number of public record films. The National Archives hold the government papers commissioning the work of the COI, as well as documentation of its campaigns, including film production files and design materials for posters and leaflets. IWM holds COI films and other materials pertaining to life in the military and recruitment to the armed forces, as well as topics relating to national security, civil defence and the Cold War.

Patrick Russell, Senior Curator of Non-fiction, BFI National Archive said, “When Britain’s creative industries interact with the varied needs and demands of government, the results are fascinating. The story of the COI tells us so much about film, the British film industry and British society. By bringing materials and curatorial expertise from our three national collections together, we can tell a rounded story – not just the public information campaigns like Charley Says and AIDS awareness, which left an indelible mark on our collective consciousness, but also so much more. The COI’s story is richer than you might think, more varied, complex and endlessly debatable”

Sarah Castagnetti, Visual Collections Manager, The National Archives said, “The nostalgia for public information films is still strong today but the stories behind these films are often as compelling as what we see on the screen. The National Archives hold some incredible files documenting the production, distribution and reception of these COI films and the discussions across government from the time. We are excited to be working with colleagues at the BFI and IWM to celebrate the work of the COI and reveal some of the lesser known behind the scenes details with which many people will not be familiar.”

Michelle Kirby, Film Curator, Imperial War Museums (IWM), said, “This enriching collaboration between collections shines a spotlight onto a remarkable set of films, wholly deserving of reassessment. IWM holds around 600 eclectic COI titles, including beautifully crafted Armed Forces training and recruitment films, redolent of their age, with many holding a mirror up to the emerging contributions of women in the military. The collection also offers a rare window onto significant moments of national and global importance, examples of government propaganda and a fresh perspective on social history, from the post‐war period, to the cusp of a new century.”