A not uncommon story – there are traces of Gypsy to be found – is made into something special by the performances of Minnie Driver as Macy Jean, the over-ambitious pushy stage mother and Gugu Mbatha-Raw as Noni Jean, her daughter.

We first meet the pair when, much to mother Macy’s anger, young Noni (India Jean-Jacques) comes second in a talent contest where she gives a lovely naive performance of Nina Simone’s version of ‘Bye Bye Blackbird.’ Believing Noni should have won Macy makes her throw away the trophy outside before they leave.

We then see Noni having great success in America, working with a rapper and being made to dress in a sexy manner and still being managed by her over-controlling mother. She smiles then tries to commit suicide. She has obviously had enough of the sexist behaviour of people involved in her branch of the music industry. At this point Kaz Nicol (Nate Parker), a policeman, enters her life. He saves her from suicide and works alongside Noni to assist her in finding her true self and, indeed, her real voice. They both realise that this involves separating her working life from that of her ghastly stage mother.

While Noni is exploited by those around her, Nicol is trying to become an elected politician. As they fall in love, both of them have to decide where their future lies and if they can make a life together. It will mean changing their whole life style and possibly giving up ambitions.

The two have a chance to discover their feelings when they run off to a remote island hotel resort. But it isn’t an easy decision for either of them. As part of her discovery about herself, Noni cuts off her straightened hair and lets her own curly hair show, possibly for the first time since she was a child. She no longer needs to be dictated to by her mother.

Although the film is primarily about Noni and her mother, there is ample time to follow Kaz’s journey. Nate Parker plays the cop really well and we understand both his ambitions and his feelings for the young singer who needs him. Minnie Driver brings her strength to the role of the mother-from-hell and manages to show the human being beneath the tough exterior. When we learn about her earlier life as a single mother alone with a black baby, we understand something about the reasons for her toughness.

And there is an outstanding portrayal by Gugu Mbatha-Raw – who was so special in Belle – of young Noni, who as she matures before our eyes, has to contend not only with the machinations of her mother but also with the backstabbing and sexist behaviour of those who are supposed to be looking after her. This is a performance of great light and shade. Gugu sings all her own songs and gives a particularly sensitive and tender rendition of ‘Bye Bye Blackbird’ once her childhood signature song, but now sung as an adult who fully understands the emotions of the words of the song.

Director Gina Prince-Bythewood knows how to write characters that have a back story and are very real in their own emotional lives. This is a movie which is very well worth seeing. 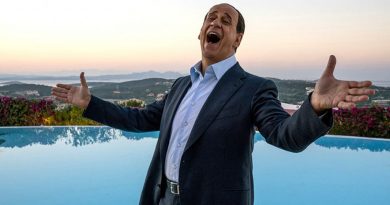