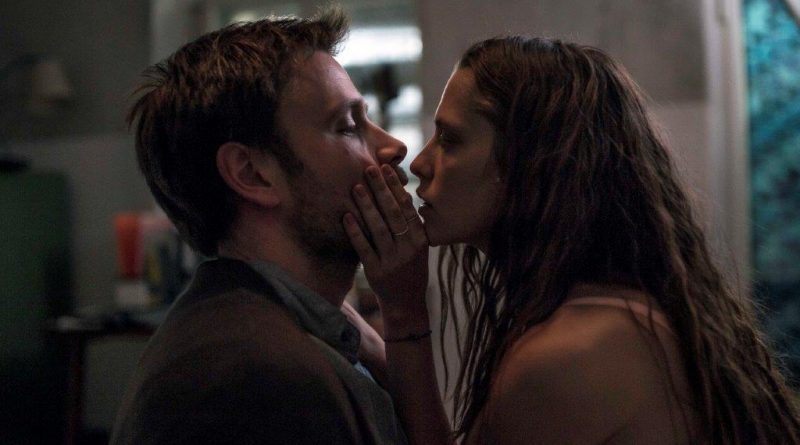 The story of this Australian film appears at first to be the somewhat familiar one of the young woman held prisoner by a man, reminiscent of films such as “Room” and “The Collector”.   But this one has a somewhat different take on the theme.

Australian photo journalist Clare (Teresa Palmer) is alone on holiday in Berlin, where she meets schoolteacher Andi (Max Riemelt).  They are immediately attracted to each other and after a short and rather charming courtship interlude, which makes what is to follow all the more shocking, they soon indulge in a very sexy night of passion.  The next morning however when Clare goes to leave, she finds she is locked in.  And Andi has no intention of letting her go.

The film manages some interesting variations on this familiar theme with Clare’s various startlingly violent but ineffective attempts at escape and her eventual although temporary acceptance of her situation.  “Berlin syndrome” provides a somewhat different take on “Stockholm syndrome” – the term for a hostage developing trust and affection for their captor.  What we have here is a far more ambiguous relationship.   Andi alternates between brutal controlling of his prey and acting as though they were a normal couple, bringing her gifts and cooking her meals.  But the most interesting of all is that the emphasis of the film is not so much on Clare, about whom we discover relatively little, but on Andi, her captor.  We spend much of the film in the outside world away from the claustrophobia of the hostage situation discovering who he is – his life as a schoolteacher, his disturbing relationship with teenage pupil Franka (Emma Bading) who has a crush on him and with his elderly father Erich (Matthias Habich).  And the fact that father and son were abandoned by Andi’s mother when he was a small child, which helps to explain Andi’s obsessional behaviour.

German actor Reimelt as Andi is a new face to English language movies and he gives a powerful and charismatic performance in which despite his actions you are forced to empathise with him.   Whereas Palmer, although cast in the traditional victim role, dares to be somewhat dislikeable and unsympathetic.

This is one of those occasions where the gender of the film’s makers also challenges expectations.   Although the screenplay is written by a man (Shaun Grant), it is based on a novel by a woman (Melanie Joosten) and the director and producer (Cate Shortland and Polly Staniford) are also female, perhaps accounting for its somewhat different approach.  And although this is ostensibly a thriller, the tension comes not only from the action, which is frequently very violent, but from the characters themselves and the originality and power of the film makers’ approach.