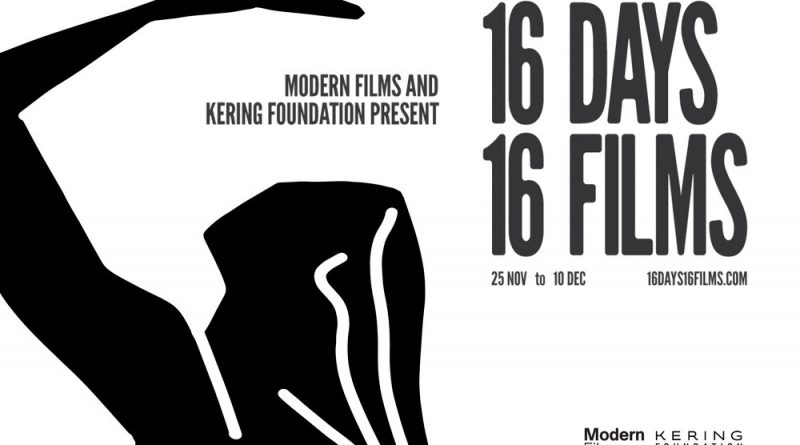 Modern Films and the Kering Foundation today announced the 16 finalists and jury members for the third annual 16 DAYS 16 FILMS initiative. This short film competition platforms female filmmakers and their films, which explore, emote, and educate on forms of violence against women.

Inspired by the UN Women campaign 16 Days of Activism Against Gender-based Violence, the initiative will run online from 25 November to 10 December, between the International Day for Elimination of Violence Against Women and International Human Rights Day.

16 finalists have been chosen from over 350 submissions from the UK, Ireland, France, Italy and for the first time, from Mexico and the United States. All films are directed by a female-identifying filmmaker, are 20 minutes or under, and speak powerfully to the many forms which gender-based violence and inequality and discrimination can take.

One finalist short film will be released per day during the 16 days, on 16days16films.com. The films will also be shared by the specialist non-profit organisations supporting this campaign: Chayn Italia in Italy, En avant toute(s) in France, Fondo Semillas in Mexico, NNEDVin the U.S, as well as  the UK Says No More campaign in the UK.

The initiative will conclude with a streamed online event and Awards Announcement on 16 December, hosted in partnership with Girls on Film and moderated by British film critic and broadcaster Anna Smith.

An independent jury will be responsible for choosing the winning filmmaker and two runners up, with each of the three receiving a cash prize. The first-place winner will also receive the opportunity to create a new public service announcement for UK Says No More, a national campaign focused on raising awareness and preventing domestic abuse and sexual violence in the UK.

The Awards Event will conclude with the announcement of the new 16 DAYS 16 FILMS Audience Award, where voting for the award will be available between 10 – 14 December on the 16 Days 16 Films website.

“We received such a wide selection of fantastic films this year and the final 16 films showcase the urgency within which the world needs to take action when it comes to the issues of gender-based violence. We are proud to provide a platform that champions female-identifying filmmakers, where these womxn can share stories that we hope will create a dialogue push for change.  – Johanna von Fischer and Ginta Gelvan, Producers 16 Days 16 Films.

“The strength of the initiative 16 Days 16 Films is that it brings together films that speak to all of us, demonstrating the many forms that violence against women can take. It also highlights the incredible resilience of survivors. As we witness the devastating effects and consequences of the global COVID pandemic, particularly on women, it is even more urgent to take action: Watch the films, spread the word and find out what kind of support local organizations combating violence against women need.” – Céline Bonnaire, Executive Director Kering Foundation 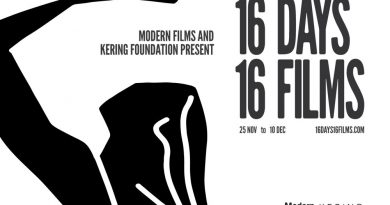