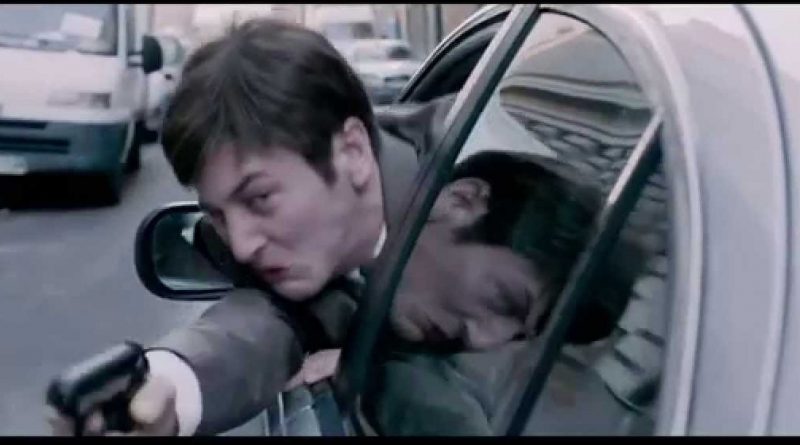 The film opens with a simple heist. As a gang of thieves on motorbikes race into a shopping mall and rob a luxury jewelry store, you cannot help but wonder if they have done this type of thing before. ­Anti-Social is the story of two brothers, anarchists, connected to the criminal world in varying degrees. From working class roots, the film shows the brothers carving their respective pasts when life suddenly draws them back together.

Anti-Social is based on real life events. In part, the film references the motorbike enabled ‘smash and grab robberies’ between 2009-15, as well as the increasingly popular illegal politicized street art. However, this film discusses an array of criminal activity, amalgamating real life incidents between June 2002 and Jan 2013, becoming a dramatised, fictional composite story that depicts a multitude of London’s facets.

However, it must be noted that there is no explicit reference to any specific individual or community; the film instead dissects what is often referred to as ‘criminal ascension’.

The brothers in question are Dee the graffiti artist and older brother Marcus, a con artist.  Dee is an anarchist that becomes a capitalist, and Marcus is a capitalist who lives like an anarchist.

Dee (Gregg Sulkin) is a street artist on the fringes of an anarchist movement. Throughout the film he confronts the establishment with spray-painted campaigns across London, earning him similar amounts of good and bad press. Embraced by both society and the establishment, he is on the verge of changing his life after his art is scouted by Christian Berkel’s Phillip, a prestigious art dealer, and he has the chance to enter the gallery world, embracing the lifestyle of his fashion-model girlfriend Kirsten (Meghan Markle, also seen in the USA network legal drama Suits) as a part of a collaborative art project in Berlin.

On the other hand his older brother Marcus (Josh Myers, known for his role in The Sweeney) is an armed robber. The head of a motorbike gang which includes Richie Campbell (Dominic), James Devlin (Nicky) and Michael Harris (Kwame), who make a living robbing exclusive jewelry departments across the city this, in part, is based on at least 10 high profile West-End ‘smash-and-grabs’ committed between 2011-13.

There are many instances within the film that reflect the real life robberies. For example, the incident in June 2003 where a gang of thieves disguised in burkas rob a Selfridge’s department, or in Nov 2012 where thieves enter Brent Cross Shopping Centre on motorbikes and rob Fraser Hart Jewelers in under two minutes. In some of these instances, the suspects were never caught. There are also many instances of gratuitous violence within the film, reflecting the depravity of the real life crimes. Mostly involving the rival gang headed by Aymen Hamdouchi (Zero Dark Thirty, Green Zone and Sightseers), events quickly spiral out of control as both gangs attempt to assert their dominance and earn credibility as an organized-crime syndicate.

Anti-Social boasts an all star cast that includes Andrew Shim (as Jason, known for his role as Milky in This is England), Sophie Colquhoun (as Emma, known for her role in ITV’s award winning TV series Plebs), as well as well known music artists Devlin and Skepta who make their debuts.

The accompanying soundtrack is accomplished, compiled of a range of popular British hits. Written by film composer George Kallis (previous work includes the 2013 film Mandela: A Long Walk to Freedom), he helps the film capture the sense of youth and sub-culture in which characters seemingly play out their lives to a soundtrack, pulling from a range of genres in order to reflect the personalities of the two brothers.

Directed by Reg Traviss (Psychosis and Joy Division), the film personalizes a very interesting investigation as Traviss dissects the criminal acts in conjunction. Sulkin and Myers inhabit the role of half brothers well and there appears to be a real on-screen balance between them. In the latter half of the film Sulkin (Wizards of Waverly Place and MTV’s Faking It) appears genuinely conflicted as he must battle against his working class roots whilst not falling in with the bad crowd that his brother represents.

The change in Anti-Social comes when younger brother Dee is offered the chance of a lifetime, but at the same time is faced with another hard choice: to capitalize on his dream start in Berlin or be the fourth member in a plan that could see his brother earn enough money to be set for life? Will Dee become caught in a savage gangland war?

For some, being anti-social is a way of life. Anti-Social is not a film simply about heists or about graffiti, but a tale of two outlaw brothers who, in differing ways, confront the ‘establishment’. 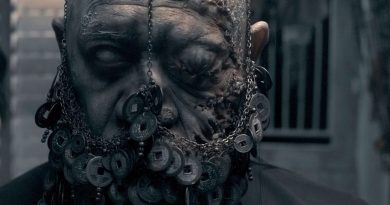 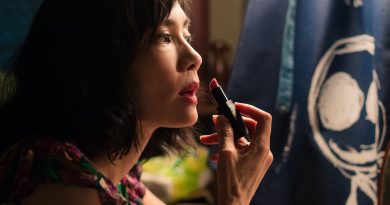