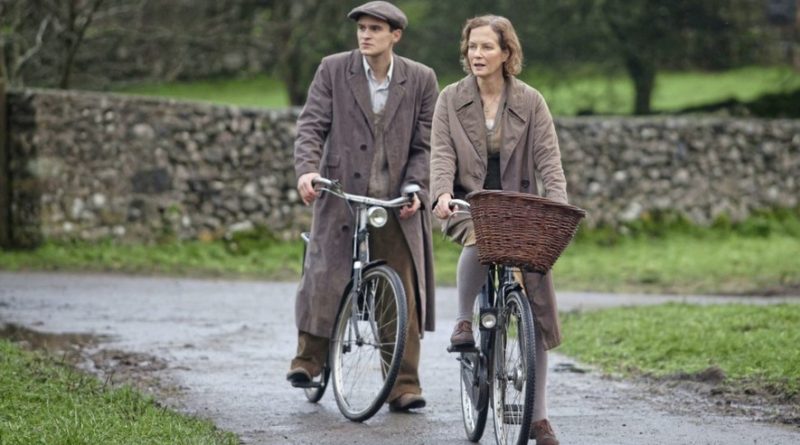 While there have been many films made from various points of view about the Second World War, not a lot, as far as I know, has been filmed about the Channel Islands  experience under German occupation.

The film is set in Jersey and is based on the real life story of Louise Gold (Seagrove), whose sons are away fighting with the Allies.  She runs the village shop, coping with the stringent rationing imposed by the German occupying force, which has also set up harsh labour camps to imprison captured prisoners of war.  When a Russian soldier Feodor (Kostov) escapes and goes on the run, Louise shelters him with the help of her sister Ivy (Amanda Abbington), brother Harold (Keating) and the village postmaster (Hannah), putting all of them as risk of capture and deportation to Germany.  Feodor, whom Louise renames Bill, is after all “another mother’s son”.

The writer of the film Jenny Lecoat is Louise’s great niece and one can well appreciate her desire to tell the story of this unsung heroine, whom she never knew but who is part of her family’s history.

This is a good, straightforward and old fashioned style of storytelling made on what appears to be a modest budget which gives it something of the look of a television drama – no flashy special effects and such   The island community of the period comes over as being a very English rural one, giving us a disturbing sense of what it would have been like had the German invasion of Britain been successful.   Some of the moments of drama and tension may seem at times a little manufactured but the most startling encounter, which comes towards the end of the film we are assured actually happened.

Seagrove is the plucky heart of the movie as Louise and the supporting performances are all good but what makes the film particularly interesting is the detail that Lecoat’s research has unearthed.   The name for the girls who have German boyfriends – “Jersey bags” –  the anonymous letters to the German authorities – could the sneaky writers be those two nosy old ladies who are always begging Louise for extra rations?  And all this while they wait for the rescue force from that Mr. Churchill, which never comes.