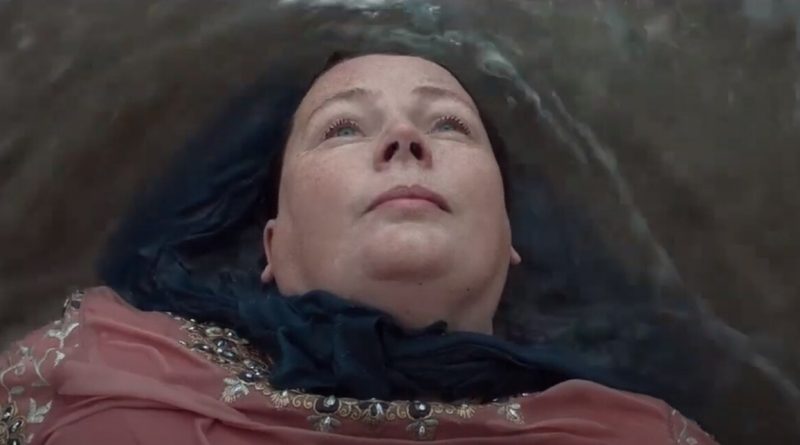 It is good to see the excellent actress, Joanna Scanlon, being given a main part in a worthy film. At first Mary (Scanlon) is very unhappy when her husband, Ahmed (Nasser Memarzia) suddenly dies. She has been living a comfortable life with him.

But as she goes through his things, she finds many references to someone called Genevieve in France and so she decides to cross the channel from Dover to Calais to find out all she can about his other woman. Her husband worked on the cross-channel ferry so was constantly between the two countries. Just 21 miles across the channel, Ahmed had a whole different life as a still-in-shock Mary soon finds out.

When Mary finds Genevieve’s house, she prepares to talk to her, but before she can say anything, Genevieve (Nathalie Richard) takes her to be her new cleaner and Mary finds herself assuming a different identity. She is even more disturbed when she finds that her husband, Ahmed, has fathered a son (Talid Ariss). Although dressed as a Muslim, Mary has, in fact, converted.

Joanna Scanlon is exactly right as a woman who finds herself in the middle of a situation that is really difficult for her to comprehend, let alone deal with, as she tries to come to terms with her husband’s secret life. Scanlon portrays with very moving truthfulness the agony of a woman whose whole life has ben suddenly turned upside down.

Good too is Nathalie Richard as ‘the other woman.’ Not having a clue as to the identity of the Muslim woman she assumes is the new cleaner, she treats Mary kindly but as her servant. Mary has to confront the truth of her discovery. She fears that her whole married life has just been a sham. What is her life now she knows all? There is a compellingly honest scene where Mary looks at her body in a mirror.

The film has lots of very realistic touches and is a most interesting take on race, love and adultery.

Besides films, there were also a number of special events at the LFF held in 2020. One such was a webinar case study on the film AFTER LOVE with Aleem Khan talking about his debut feature as writer director.

In addition to being on at cinemas, the film is also available on digital download now.