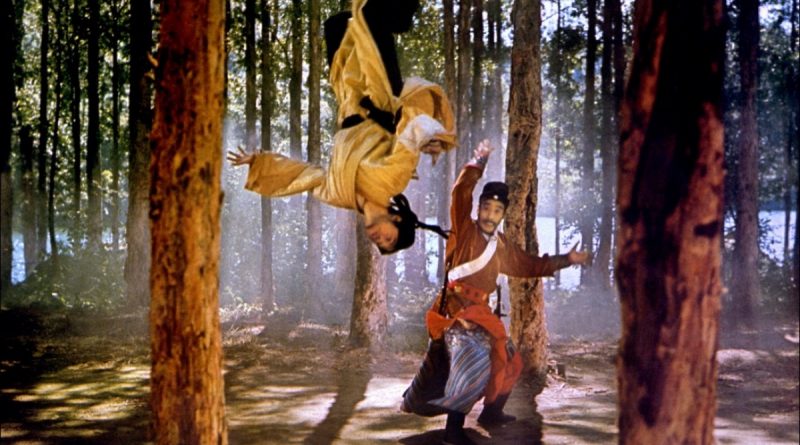 An epic wuxia martial arts film with a legendary reputation, A Touch of Zen involves some very bold aesthetic decisions. They pay off in blades (ouch!) and this 4K restoration is so pristine that you can see dust smears on the camera lens.

In Ming Dynasty China, modest artist Ku (Shih) lives with his mum; they’re squatters in a building that is next door to a spooky, deserted mansion. One night Ku investigates strange noises next door and finds that a beautiful young woman, Yang (Hsu) is living there, in the shadows. What is she hiding from and why are the emperor’s agents looking for her?

The ambitions of Hu’s follow up to Dragon Inn are both immense and unique: three hours is long for the minimal story; the first hour is more ghost story and romantic comedy than full on sword fight fest; the main character remains a non-combatant throughout; long sections of the film play out in darkness, with fights reduced to a flicker of blades, an edited flurry in the dark; Buddhist monks are on hand to add spiritual and moral elements as well as kick ass in a selfless manner.

The ghost story element is a real surprise – there are several actual jump-in-your-seat moments and the sea of pampas grass that surrounds the deserted mansion moves and catches the light in truly eerie ways.

Hu’s visual approach here feels profoundly abstract. The gliding camera movements are still there and the choreographed fights owe even more of a debt to traditional Peking Opera movements than in Dragon Inn; but the editing in the fight sequences highlights the editing technique itself rather then the balletic athleticism of the actors; and the dark fights are master classes in chiaroscuro effects.

A Touch of Zen was a big influence on both Crouching Tiger … and House of Flying Daggers, especially the epic tone and, in the case of Flying Daggers, a beautiful fight set in a bamboo forest. Other outstanding action sequences occur around massive riverbed boulders, in a wood by a lake and in a sandy quarry.

There are lots of dynamic shots and editing on display here, including good examples of the piled-up reaction shots that worked so well in Dragon Inn. But there is something overblown, overlong and over-monumental about the whole enterprise.

It’s nice to learn that the leads are still with us: Shih has a part in Hou’s The Assassin, also out this weekend. He always looks a bit manic to my mind. Hsu played an active role in the restoration project. Her determined pout in the film is absolutely iconic and graces many of the publicity images relating to A Touch of Zen.

Filmed and originally shown in two halves, with filming taking place between 1968 and 1970, A Touch of Zen was a domestic commercial failure on release in 1971. It was only after it was shown as a single film at Cannes in 1975 (where it won the Technical Grand Prix) that the film’s reputation took off. It became a crossover genre-arthouse hit, an early example of a phenomenon which is with us now more than ever, as film makers learn to temper aesthetic leanings with more audience friendly stories.

The limited edition release includes a feature length documentary on King Hu and a video essay by David Cairns.

A Touch of Zen is out on 24 January in dual format Blu-ray and DVD. 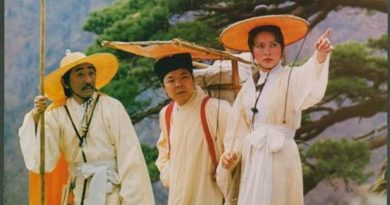